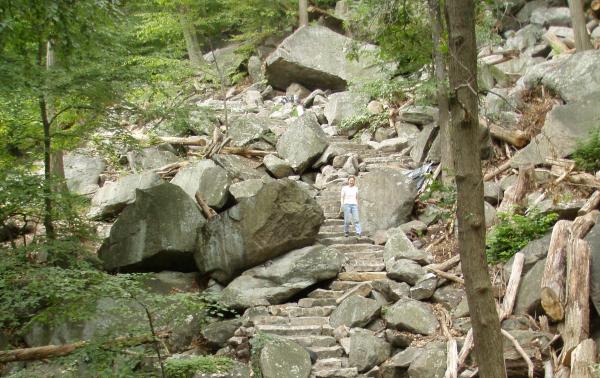 The Project is managed by the New York-New Jersey Trail Conference in cooperation with its partners:

The project is designed to rehabilitate and rebuild the trails on Bear Mountain as well as educate the public.

The most significant of these construction efforts is on the Appalachian Trail, which has been re-routed numerous times on Bear Mountain since its founding in 1923 due to erosion caused from the trails 100,000+ hikers a year. This erosion on the A.T. was the catalyst for the conception of the Bear Mountain Trails Project. 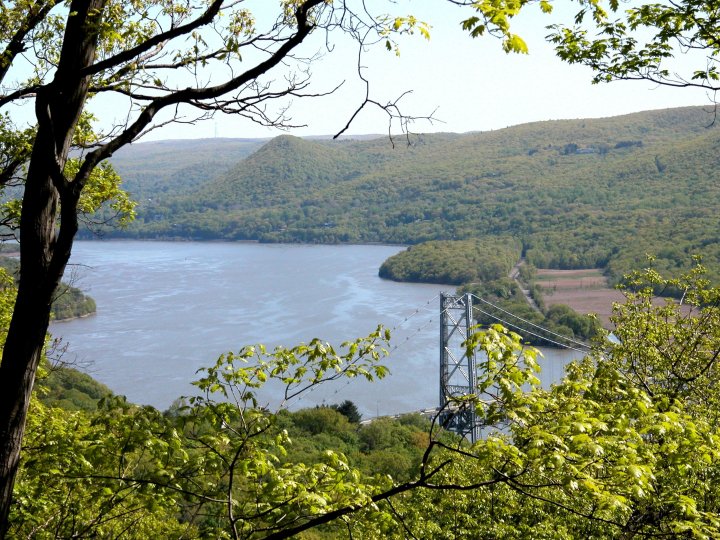 This section of the Appalachian Trail on Bear Mountain will feature over 1,000 hand-hewn granite steps and over 1 mile of tread way supported by stone crib walls. Each step and wall stone has been and will continue to be split and shaped from rocks on site and maneuvered into place either by hand or via a series of overhead cables rigged up in the surrounding trees.

With each step measuring 4-5 feet long, weighing in at around 1,000 pounds, and in need of moving distances of up to 300 feet without the aid of motorized equipment, the Trail Conference has sought out professional trail builders from all over the country to lead the construction effort and train hundreds of volunteers.

From 2006-2014, volunteers from the Trail Conference, Appalachian Trail Conservancy,

Student Conservation Association, Rockland County Americorps, the Boy Scouts of America and others from around the world have traveled to Bear Mountain to receive free training as part of the Trail Conference's innovative Trail University program. This program was founded on Bear Mountain at the start of this project and has enabled the Trail Conference to provide free workshops for volunteers seeking to learn both basic and advanced trail building techniques. These workshops have provided for a revival of the masonry skills utilized in the 1930's by the Civilian Conservation Corps when constructing much of Harriman State Parks' roads, walls and buildings.