The Aquatic Invasives Strike Force (AISF), a Trail Conference Conservation Corps crew funded through the Lower Hudson PRISM, is committed to preventing the spread of aquatic invasive species through education and outreach to active users of New York’s waterways while supporting management efforts through early detection surveys and manual removal of target species. 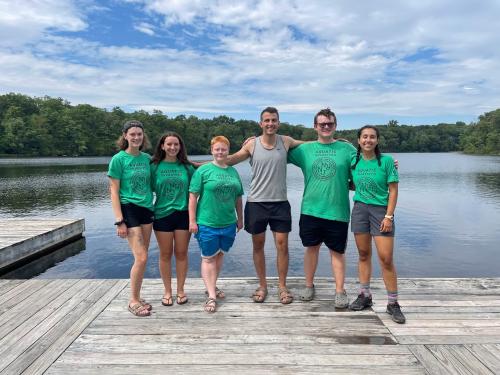 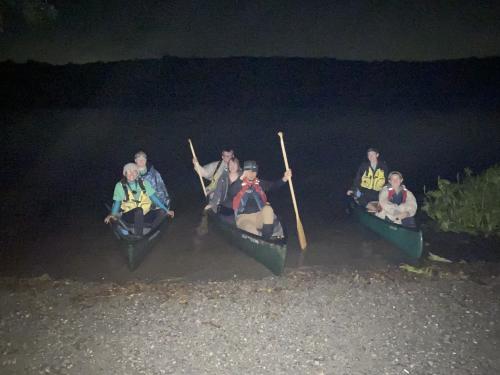 With the field season well underway, the Aquatic Invasive Strike Force Crew has already made great progress with surveying waterbodies and inspecting watercraft for aquatic hitchhikers! In the month of June, we have surveyed 1,286 acres across 10 lakes, and have recorded 601 observations of presence, absence, and density of native and invasive plants and animals. At the end of June, we transition from monitoring lakes to managing invasive water chestnut for the month of July. The crew will then return to our monitoring sites once the management season is complete to see how the vegetation fluctuates into late summer.

We have also had some wonderful opportunities to work with state agencies on ongoing research projects! The AISF Crew teamed up with NY State Department of Environmental Conservation and NY Fish & Wildlife Service to assist with the northern snakehead rapid response effort in the Lower Hudson Region. We helped collect water samples along the Basha Kill Marsh, which were then used in environmental DNA (eDNA) testing by using a vacuum filtration system. This can detect if any DNA particles are present in a waterbody, as well as identify the organism even when the eDNA is in low abundances!

With assistance from DEC Wildlife Technician Callie Barth-Dwyer, the AISF Crew searched for water chestnut to possibly remove at a lake in Orange County, so long as no endangered northern cricket frogs were present in those areas. This frog mainly uses floating aquatic vegetation as its habitat and breeding ground. A frog call survey was also performed late at night, where the following calls were heard: green frogs, gray tree frogs, bullfrogs, and of course northern cricket frogs.

Overall, the crew had a busy month understanding the native and invasive plants across the Lower Hudson Valley and enjoying the unique opportunities to work with NYS government agencies on their research projects. We are looking forward to a packed month of managing water chestnut. Stay tuned to hear what the AISF Crew accomplishes!

May
Kicking off the 2022 Conservation Corps Season!

April and May have been jam packed with planning and training the new Aquatic Invasives Strike Force Crew for a full summer of monitoring and managing aquatic invasive species! April was spent using online models to search for lakes within the Lower Hudson PRISM that are highly vulnerable to an aquatic invasion, as well as scheduling and prepping for the busy season. So far in May, the crew has surveyed 463 acres across 8 lakes, and has recorded 366 observations of presence, absence, and density of native and invasive plants and animals. In our efforts, we have found somewhat common – but invasive – plants and animals such as Eurasian watermilfoil, variable-leaf watermilfoil, fanwort, and Chinese mystery snails in several lakes across Harriman State Park.

We also began the Watercraft Inspection Steward Program, or WISP, during Memorial Day Weekend! This program gives the crew a chance to educate the public on the importance of stopping the spread of invasive species and catch any hitchhiking invasive plants simultaneously. This program will continue through September. Stay tuned to hear about some exciting projects the crew will be working on soon!

We would also like to thank Loren Edelson and Jeremy Katz from the American Canoe Association for training the AISF Crew on canoeing! 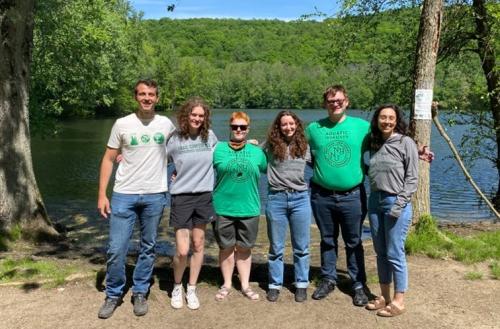