Follow the Crossover Trail as it turns left onto an unpaved carriage road which follows the western base of Mount Defiance. The trail continues ahead on the shaded carriage road for about half a mile, then turns left and begins a gradual ascent on a woods road blocked off by a boulder. At the crest of the ridge, the red-on-white blazed Ringwood-Ramapo Trail crosses. (The junction is marked by red-tipped brown plastic wands on either side of the Crossover Trail.)

Turn right onto the Ringwood-Ramapo Trail, which you'll be following for the next three and one-half miles. Soon, you'll reach a graffiti-scarred rock ledge with views to the west. Here, the trail turns left and descends on a footpath, passing another rock ledge to the left with east-facing views. At the base of the descent, the trail briefly turns right onto a carriage road, then immediately turns left and renters the woods, crossing a stream on a flat rock and passing a swampy area to the right. Just beyond, at a T-intersection, the trail turns left on a wide fire road, which it follows for 0.2 mile.

At a brown plastic wand marker, the trail turns right, leaving the fire road, and ascends on a footpath. After crossing a stream on a single-plank bridge, it reaches a T-intersection, turns left, and continues to ascend on a woods road. It reaches the crest of the ridge and then descends to cross a stream on a wooden bridge. Just beyond, the trail crosses a woods road and continues ahead into the woods on a footpath, which soon curves to the right.

After climbing gradually to a ridge, the Ringwood-Ramapo Trail turns left and descends into a valley. It briefly joins a woods road, then immediately turns left, leaving the road, and begins to parallel High Mountain Brook to the left. About two miles from its junction with the Crossover Trail, the Ringwood-Ramapo Trail turns left, crosses the brook on rocks, and begins to climb the ridge to the east, It traverses several rocky areas and then continues on switchbacks. Leveling off on a shoulder of the ridge, the trail passes a cliff and boulder slope to the left and crosses a stream.

After climbing a rocky slope and crossing another stream on the way, the Ringwood-Ramapo Trail approaches the crest of the ridge. To the west, there are views through the trees over the Erskine Lakes, with the Wanaque Reservoir and the dam of the Monksville Reservoir in the background. After descending slightly, the Ringwood-Ramapo Trail regains the crest of the ridge and ends at a junction with the yellow-blazed Hoeferlin Memorial Trail.

Turn sharply left and follow the Hoeferlin Memorial Trail north along the ridge. After a relatively level stretch, the trail dips to cross a stream in a ravine and climbs to reach the west-facing Erskine Lookout, where the Green Trail leaves to the right. The Wyanokies are visible in the distance, with the Wanaque Reservoir in the foreground.

Continue along the Hoeferlin Memorial Trail, which descends to the northeast. After crossing a stream, it climbs a rocky footpath to reach a panoramic view from Ilgenstein Rock. Bear Swamp Lake is below, with Drag Hill and Rocky Mountain in the background. On clear days, the Manhattan skyline may be visible on the horizon to the right. Here, the white-blazed Crossover Trail joins from the right.

Follow the joint yellow-and-white-blazed trails as they proceed north on a rocky footpath. In half a mile, the two trails split. Turn left, following the white-blazed Crossover Trail, which soon widens into a woods road. When the white blazes turn left, leaving the woods road, continue ahead on the woods road, the route of the blue-blazed Pierson Ridge Trail.

The Pierson Ridge Trail heads north, following woods roads along the ridge. Another woods road will leave to the right, a wider woods road will join from the left, and then yet another side road will go off to the right. In each case, continue ahead on the main woods road, avoiding these side roads. The blazing of this trail is sparse, and not all junctions are marked, but the trail remains on the main woods road that follows the ridge. After about half a mile, the trail begins to descend and, about a mile from its start, it crosses the cleared route of a gas pipeline.

Just beyond the pipeline crossing, the green-on-white blazed Halifax Trail crosses (there are brown plastic wands with green paint on either side of the crossing). Turn left, leaving the woods road, and follow the Halifax Trail, which climbs on a winding footpath to the top of the Pierson Ridge. Here, the green-on-white Halifax Trail ends, and you should continue ahead on the pink-on-white blazed Five Ponds Loop, which comes in from the left. The trail now descends. On the way down, it crosses a gas pipeline and a woods road, and it cuts across a hairpin turn in another woods road. At the base of the descent, it turns right on a woods road and passes between the two Glasmere Ponds, then turns left at a T-intersection.

Just beyond, follow the pink-on-white-blazed trail as it turns right, leaving the woods road, and begins to climb Mt. Defiance on a series of switchbacks. In about half a mile, you'll reach the crest of the ridge, where the red-blazed Ringwood-Ramapo Trail crosses. Continue ahead on the pink-blazed Five Ponds Loop. In another 500 feet, as the Five Ponds Loop bears left and begins to descend, you'll notice a side trail, blazed with a black star on pink, that bears right. Follow this trail, which leads uphill to a viewpoint. The New Jersey Botanical Gardens at Skylands Manor may be seen in the foreground, with the Wyanokies in the distance.

After taking in the view, return to the main trail and turn right. The Five Ponds Loop Trail now descends on another long series of switchbacks (the remains of an old carriage road).  At the base of the descent, it reaches a junction with the white-blazed Crossover Trail. Turn right and follow the Crossover Trail for 0.3 mile back to the parking lot where the hike began. 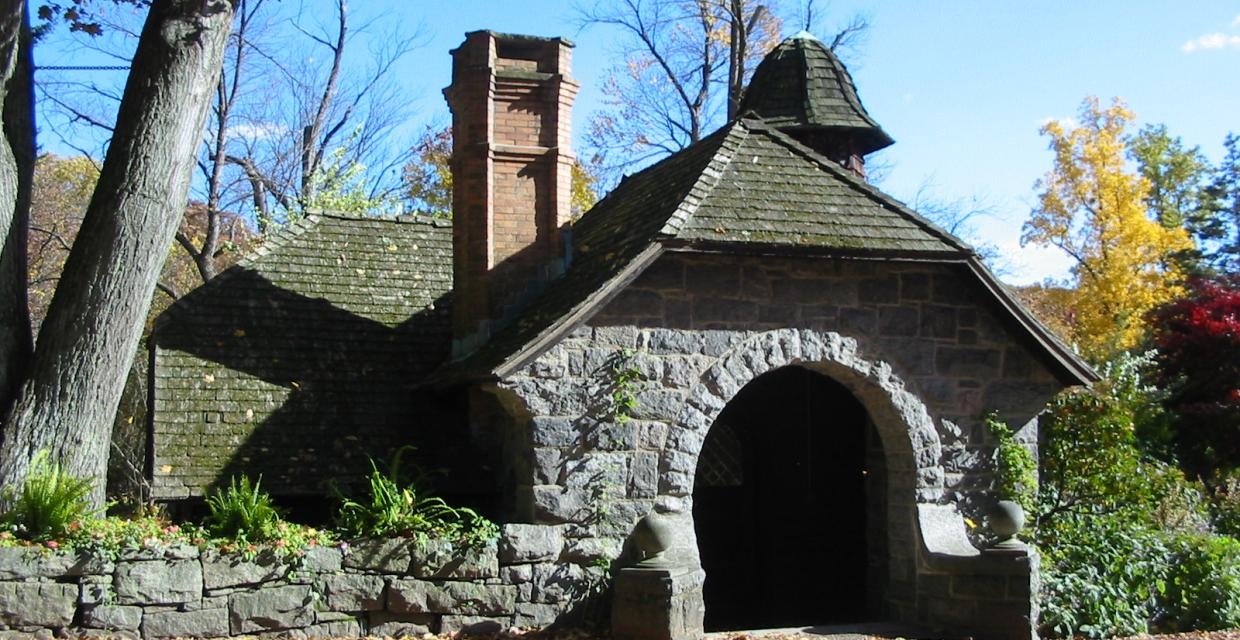 Follow the Crossover Trail as it turns left onto an unpaved carriage road which...

rate experience
March 01, 2022
1
Hike description has been updated
<p>Thank you for bringing this matter to my attention. &nbsp;As you are presumably aware, over a year ago, the western end of the Halifax Trail was reblazed pink-on-white as part of the Five Ponds Loop, and I have updated the hike description to reflect this change.</p>
Daniel Chazin
February 22, 2022
0
Updates Needed
First, I just want to say how much I appreciate Mr. Chazin's guides, as they've directed me on literally hundreds of adventures over the years. His clear descriptions are always a comfort to have. As the Jan. 2021 map shows, there have been a few trail changes on this hike since this guide was written: https://www.state.nj.us/dep/parksandforests/maps/ringwood-trail.pdf Notably, the green trail becomes pink about a mile or two before it hits the white trail. Also, the side trail to the last view point is now blazed with a black star over pink. Thanks again for all your work!
Chilk
July 31, 2013
0
Question?
<P>I am responsible for launching a NJ Extreme Hike event in 2014 for our non-profit organization, and regret to say that I do not hike!</P> <P>I am looking for a route of a little more than 20 miles total.&nbsp; I also need to avoid walking the same trails more than once if possible.&nbsp; I was wondering if this trail could be combined with the Ramapo Valley route of 8.8 miles?</P> <P>I am open to any suggestions and would greatly appreciate any input...as long as it pertains to NJ.</P> <P>&nbsp;</P> <P>Thank you!</P>
MelissaCFF
More Reviews
Log in or register to post comments