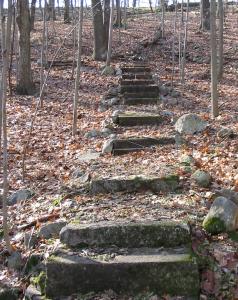 Doodletown, once a small hamlet tucked in a valley between the Hudson River and the summits of five mountains of the Hudson Highlands [Bald, Bear, Dunderberg, The Timp, and West mountains], less than fifty miles from New York City, today has the atmosphere of a ghost town. 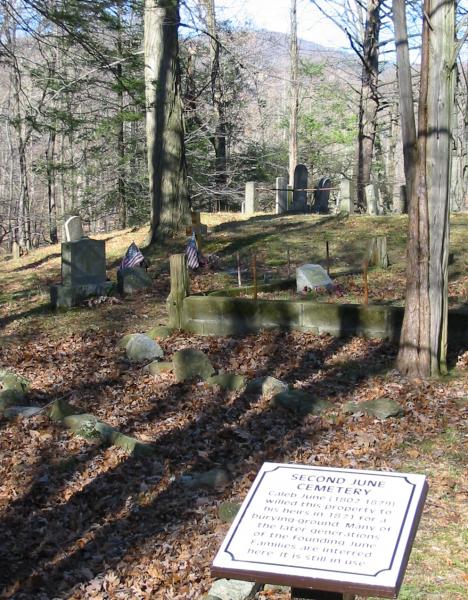 But scattered remains of two main - now crumbling - roads, walkways leading to front yards returning to their natural state, stone foundations without buildings and interpretive signage about the people and landscape make it a popular destination for hikers.  .

Doodletown survived as a small, isolated community for about 200 years and would have been part of the Town of Stony Point in Rockland County today.  The area was settled in the 1760s by loggers and miners, and at one time included a church, a school, several small businesses and two cemeteries in addition to 70 houses and 300 residents [at its peak in 1945].  The seven square mile hamlet was ultimately abandoned in the mid-1960s after a long period of land acquisition by the Palisades Interstate Parks Commission.  The Commission had planned to create a cross-country ski network in Doodletown but was never able to start the project. However, at least one community practice dating back to the colonial period survives; burial plots in the cemeteries are still available for former residents and their relatives.  It is an "active" ghost town.

Worth finding and reading: "Doodletown: Hiking Through History in a Vanished Hamlet on the Hudson," by Elizabeth "Perk" Stalter, a former resident of the village. The book is still available inexpensively at the bookstore along the Parkway going to Bear Mountain.  Expensive used copies appear sporadically for sale by popular on-line booksellers.

Doodletown--the name is said to derive from the Dutch Dood Tal, for "dead valley," with the "town" suffix added later by English-speaking settlers-is part of Bear Mountain-Harriman State Park.  For further information about other hiking and recreational activities in this extensive and varied park click here 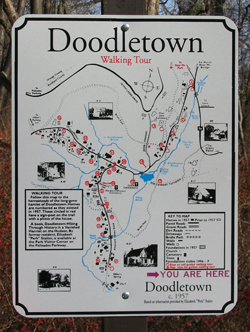 Detailed descriptions of several hikes through Doodletown are available at these links:

Click for a list of detailed hike descriptions in Harriman and Bear Mountain State Parks. It is also possible to search for "Doodletown" while visiting any of these Trail Conference pages.

Permalink Submitted by Visitor (not verified) on Sat, 04/06/2019 - 07:51
Both are right Nynjtc trail uses a cut off at southern end of bald mountain Most other guides do not use the cut off So if you miss the cutoff it turns into a 7.5 mile hike Follow nynjtc trail closely and its a 5 mile hike