5 Reasons to Explore the Long Path

5 Reasons to Explore the Long Path 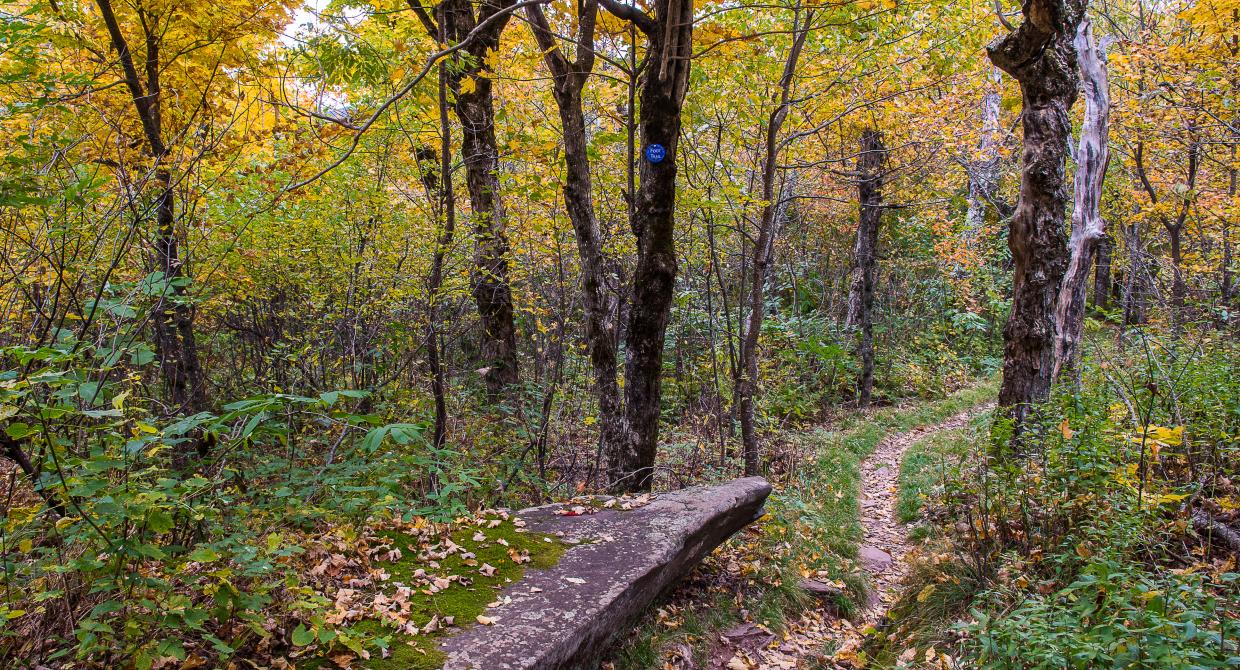 Whether you're looking for a short hike or a long-distance trail to explore end-to-end, the Long Path is a great option for a great experience outdoors.

The 358-mile Long Path connects the Big Apple to the Big Park, so there's no easier way to escape everyday hustle and bustle than to follow the trail that will bring you through the best of the Hudson Valley. Conceived in 1931 as New York’s answer to the Long Trail in Vermont, the Long Path was originally meant to be an unmarked route connecting scenic or historic points of interest from New York City to Lake Placid. Since 1960, the Trail Conference has spearheaded the effort to maintain, protect, and complete this long-distance trail.

Here are the top 5 reasons to check out the Long Path, "New York's Greatest Trail":

1. It's a Great Long-Distance Trail if You’re Pressed for Time

Lots of people have the desire to take on the challenge of completing a long-distance trail, but not everyone has six months to hike the Appalachian Trail.

Since Long Path record-keeping began in 1991, 148 people have completed the trail end-to-end from New York City to Thacher State Park. These “End-to-Enders” completed the entire 358-mile trail in one trip or in sections by hiking or running. Find out how to become an End-to-Ender.

Love trail running? Since thru-running the Long Path, in 2013 – in just nine days, the current fastest known time – Ken Posner has become one of the most enthusiastic champions of the trail. Among his other roles as a Trail Conference Board member, volunteer supervisor for 30 miles of the Long Path, and trail advocate through his blog and book, Ken is the organizer of the Long Path race series of trail-racing events, designed to promote and celebrate this storied trail.

2. The Long Path Is a Connection from the Big Apple to the Big Park

The aqua-blazed Long Path extends 358 miles from 175th Street Subway Station in Manhattan to John Boyd Thacher State Park near Albany, connecting the most cosmopolitan area in the country with the region’s most wild places. The goal is to extend the trail across the Mohawk River and Saratoga County to link with the Adirondack State Park trail system.

There’s just something so tempting about knowing you could follow those aqua blazes from New York City all the way to Albany. See you later, city! We’re headed to the mountains.

3. There's an Abundance of Beauty to Bring Out Your Inner Photographer

Photographer Steve Aaron specializes in taking conservation, recreation, and tourism images, and he is constantly inspired by the beauty of the Long Path. His exhibition “Discovering the Long Path” showcases and celebrates New York’s Greatest Trail. Steve speaks about what the Long Path means to him:

“To me, the Long Path is distinctly New York in its diversity of terrain and scenery. Starting in the city, the trail wanders through parklands surrounded by suburbs. It continues through some of the state’s greatest parks, highest mountains, charming rural towns, and ends just outside the state capital. The diversity of landscapes on the Long Path is truly moving. The Hudson River, New York’s historical lifeblood, is visible from the Long Path in many spots. The trail covers the Palisades, Harriman, Schunnemunk, Wallkill Valley, Shawangunks, Catskills, and the hills and escarpments of Albany County in a journey of physical and beautiful diversity. From the lowest point at sea level along the Hudson to the trail’s summit atop Slide Mountain, the Long Path takes in a sampling of all that is beautiful and interesting in the Hudson Valley region.”

4. This Is 358 Miles of Heart and Passion for Trails

The Long Path exists because of the incredible passion of volunteers who want to be a part of the legacy of New York’s Greatest Trail.

“The Long Path is a living, breathing thing, and a labor of love on behalf of the volunteers who are continually working to improve it,” Ken Posner says. “It connects the dots between the natural beauty of the Hudson Valley and the cosmopolitan sprawl of the New York metropolitan area, taking you to some very special places and some very popular places. No two miles of the Long Path are the same, which makes it such a unique trail to explore and so important to protect.”

Maintainers and trail managers are always needed—adopt a section of the Long Path to call your own! Or come spend a few hours with one of our crews and help with the ongoing task of reducing road walks by constructing new trail. This fall, we have Long Path relocation projects in the northwest corner of Harriman State Park, on the Greene/Schoharie County line in the northern Catskills, and at the Schoharie/Albany County line connecting with the Partridge Run Wildlife Management Area. Come help us improve the trail! Learn more and discover all the ways you can get involved by emailing [email protected]

In efforts to complete and improve the Long Path, parks have been created, and open space has been preserved.  The Trail Conference’s Conservation Committee works to preserve open space with a vision to create green corridors, eventually linking lands that have already been preserved.

As volunteer chair of the Long Path North and chair of the Trail Conference Conservation Committee, it’s quite possible that Andy Garrison knows more about and devotes more time to preserving and improving the Long Path than anyone else. Andy has been making considerable contributions to the trail for the last 13 years. In that time, thousands of acres of undeveloped land have been preserved and about 40 miles of the Long Path have been moved off of roads.

The Trail Conference's work in purchasing key parcels of land for transfer to state ownership not only improves the trail experience by allowing us to move trails off of road walks, it also aids in the creation and expansion of public parks. The Trail Conference has played an important role in protecting the Long Path that led to the preservation of several state forests, including Huckleberry Ridge, Graham Mountain, Gobbler’s Knob, and Roosa Gap.