Ask a Trail Builder: What Is Sidehilling?

Ask a Trail Builder: What Is Sidehilling? 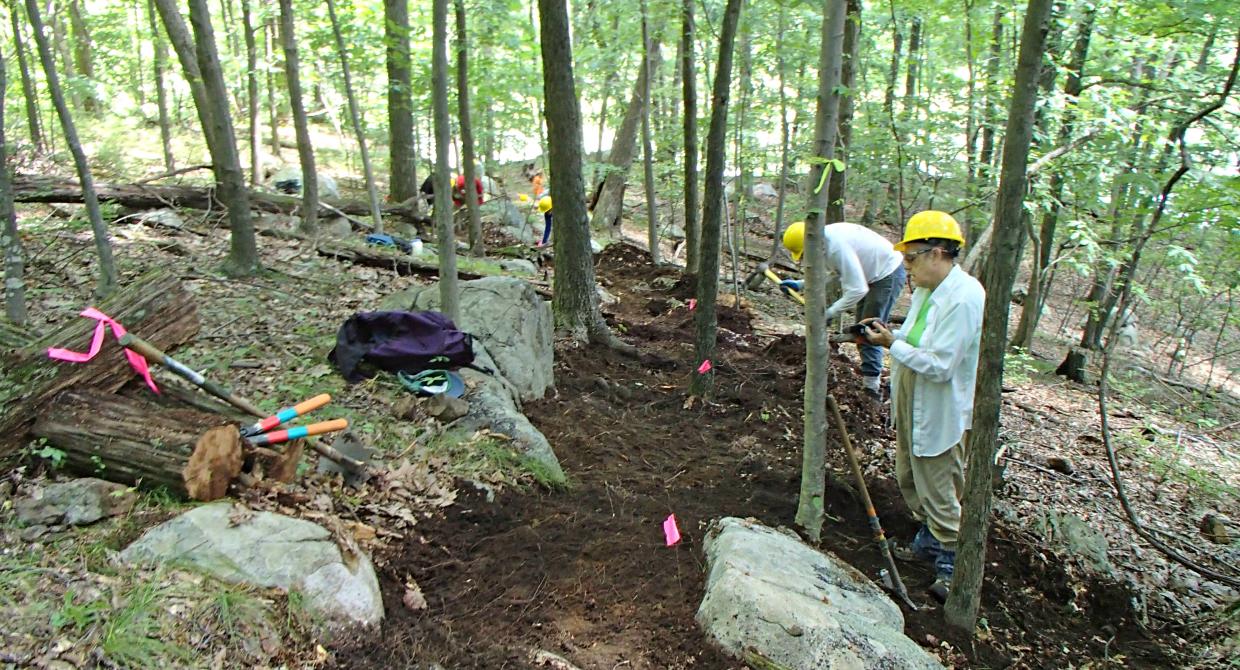 Sidehilling, also known as bench cutting, is one of the most-used techniques in trail building.

To construct a sustainable trail, it is crucial to avoid laying it out along the fall line—the most direct route downhill. When trails follow the fall line, they are easily eroded into gullies that invite water to continually run down them. When designing a new trail, we instead aim to follow the contour of the slope, which allows water to flow off the trail as quickly as possible. This requires a bench, or obtuse triangle, to be cut into the earth to create a relatively flat surface, or tread, for users to traverse upon. And this, is what we mean by sidehilling!

Before you “dig in,” it will help to familiarize yourself with some key terms:

Backslope/Upslope: Uphill side of the tread where it blends into the slope above the trail

Downslope: Downhill side of the tread where it blends into the slope below the trail

Hinge: Point where the backslope meets the tread

Mineral soil: Commonly referred to as the “peanut butter” layer because of its smooth, light-brown appearance. Located just below the duff layer

Once the trail has been laid out and the tread hinge is marked, construction begins. First, all loose material is raked uphill. Next, using a pick mattock or hoe, the duff layer is removed down to the mineral soil.  Then it's time to start bench cutting. The upslope is cut at a maximum 45 degree angle to minimize tread erosion. The tread is built with a slight outslope—one that appears to be flat. But this subtle design is critical to shedding water and avoiding a berm buildup. The final step is to compact the soil with a tamper, creating a dense surface that will allow water to quickly run off the trail.

Want to learn more? Our experienced trail crews are eager to teach you everything you need to know about sidehilling and other trail building skills. Find out how to get involved.