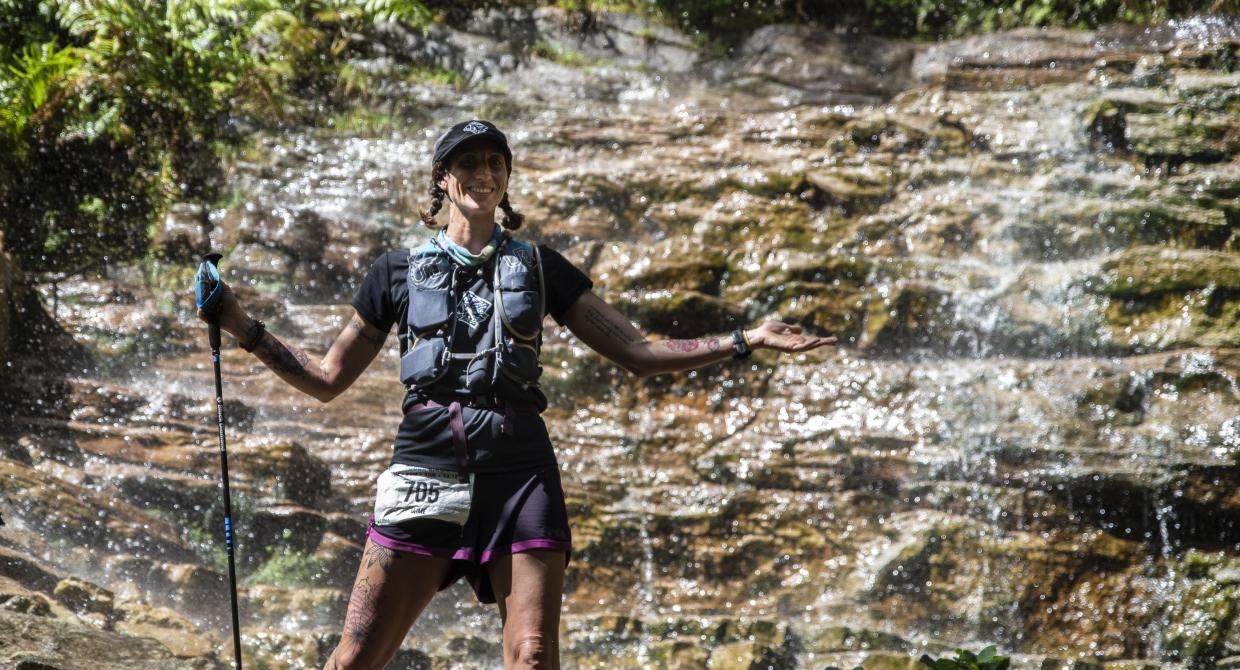 The fifth edition of the Shawangunk Ridge Trail Race (SRT) took place Sept. 14-15. Over 200 participants took on the half marathon, 30, 50, or 70-mile courses on the rugged Shawangunk Ridge Trail, which runs from High Point, N.J., to Rosendale, N.Y. Why two days?  Because the 70-mile racers start the evening before, run through the night, and have until midnight the next day to finish!

According to race director and founder Ken Posner (who is also a Trail Conference Board member and volunteer), the SRT race is very different from conventional trail races. While there are checkpoints for accountability and safety, there are no aid stations providing food or water--runners are required to carry their own food and filter water from streams. Also, the course is not marked; instead, participants follow a special map created by the Trail Conference's cartographer, Jeremy Apgar, which runners follow on their phones using the Avenza map app (which works so well with all other Trail Conference electronic maps). This makes the event extra challenging, but attracts a group of participants who are serious, mindful, and well-prepared. 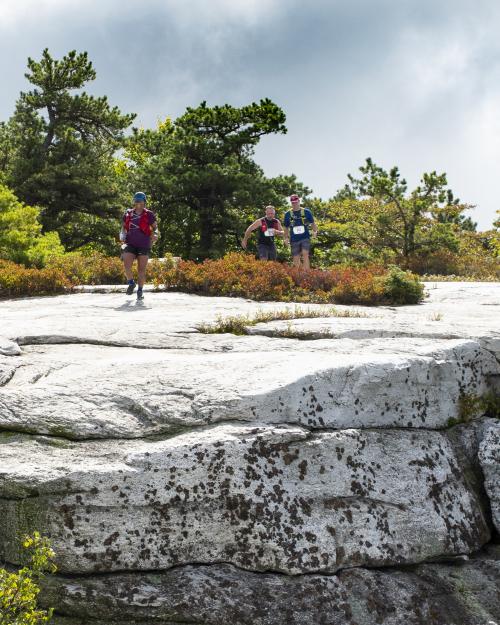 The race and was full of excitement with new course records set for the female and male half marathon and the female 50-mile race. The weather was clear, sunny, and warm, but recent rains left the trails wet, meaning participant ran in soggy shoes most of the time.

Andrew Wilkins traveled from Olympia, Wash., to win the men’s 70-mile event in a time of 18 hours and 13 minutes, just 2 minutes off the course record. “With challenging trails and beautiful scenery, the SRT is the perfect place for athletes of any level to challenge themselves mentally and physically,” Andrew says. “Combine that with incredible management from the race directors and volunteers, and you have yourself one awesome day on the trails!”

Jake Stookey of Clifton Park, N.Y., —one of several participants who ran the race in sandals—was the winner of the men’s 30-mile race in 5 hours and 42 minutes. “The SRT run/hike provides everything a minimalist trail runner needs: an end-to-end race through beautiful wilderness, a variety of distances to choose from, and a clever format allowing runners from the various races to encounter each other during the race,” he says. “Best of all the race not only supports the minimalist runner but encourages it through a special bonus pin for those who finish in minimalist footwear or sandals!”

Toni Schwarz traveled from Salt Lake City to compete this year and hopefully make up for what she thought was a disappointing first attempt in 2017. “While living in NYC, I used to spend every weekend possible climbing in the Gunks to escape the chaos of the city,” she says. “Up there, I was inspired to get into trail running. I was super excited to learn about the SRT trail race and knew it was gonna be a challenge with the minimalist format, technical terrain, rolling hills, and potential for 100 percent humidity.”

The first time Toni ran the SRT race, she recalls, “I got lost, ran an extra 3-plus miles, but ended up having a great time navigating the course to the end with fellow runners. My second attempt was still no cake walk, and I hope to someday return to try one of the longer races. The SRT half marathon is an awesome race and I hope to see it grow in popularity,” she adds. “The beautiful scenery, the challenging course, and the friendly atmosphere all make this race worthwhile!”

Toni certainly redeemed herself—she won the women’s half marathon in a record 2 hours and 38 minutes!

According to Ken, other impressive finishers include Cindy Wagner, who is a Trail Conference volunteer maintaining a section of the SRT in the southern Gunks. “Cindy does impeccable work on a tough section of the trail in the southern Gunks,” Ken says. He also acknowledges Patty Lee Parmalee, who is a four-time finisher of the race and holds the distinction of being the oldest participant, at 78 years! “Patty is an inspiration to all of us youngsters who hope to keep moving even as we get older,” Ken adds.

The sixth edition of the race will take place Sept. 13-14, 2019, with the same unsupported format and the same four distance options. More information is available at srtrunhike.com; registration is now open, with special discounts through the end of 2018—so sign up now!