This Dog Will Change the Way We Fight Invasives

This Dog Will Change the Way We Fight Invasives 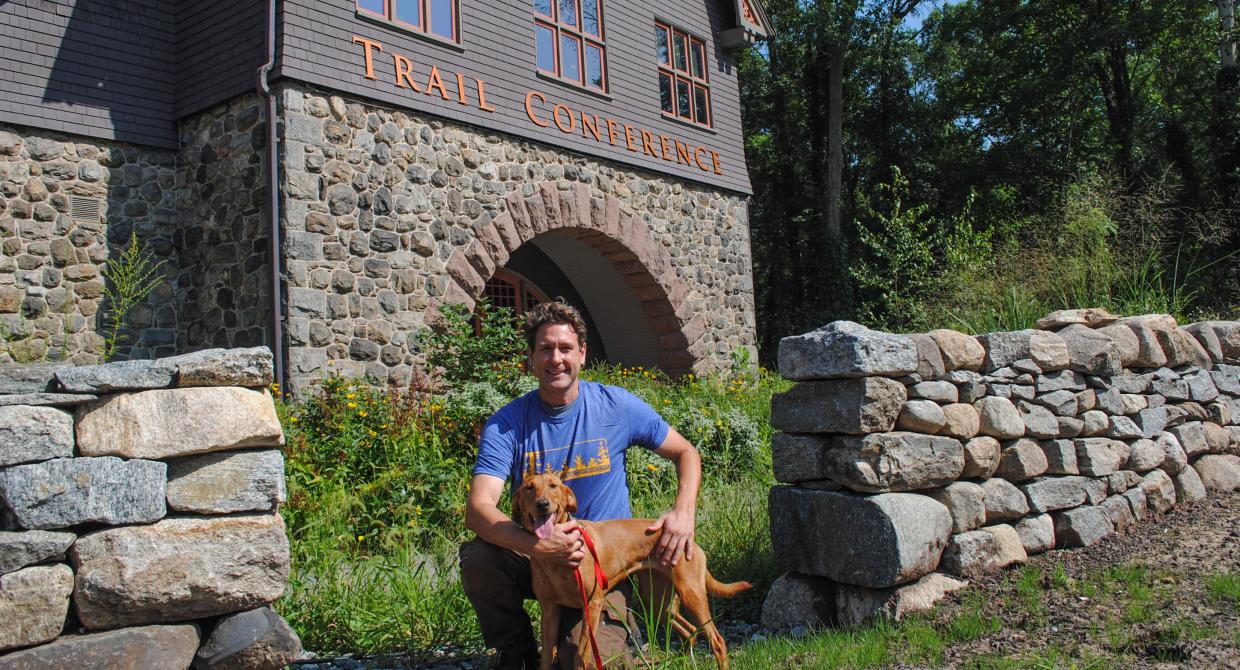 Dia the Detection Dog and her handler Joshua are helping to combat invasive species one sniff at a time.

The Trail Conference is the leader in regional efforts to combat invasive species. As such, we are always looking for the most effective ways to diminish the impact invasives are having on the environment. That’s why the Trail Conference is launching a Conservation Detection Dog program–the first of its kind in the Northeast. With the help of Paul and Joan Zofnass, an anonymous major donor, and other supporters, we have just raised the minimum funding needed to move forward with a pilot program.

Dia, our year-old Labrador retriever, will start her invasives-specific training by learning to detect the presence of scotch broom (Cytisus scoparius). This species is targeted for eradication by the Lower Hudson Partnership for Invasive Species Management (PRISM), which the Trail Conference manages. Scotch broom typically grows among other plants in the fields through which our trails run; without the help of a detection dog, it can be difficult to spot, making Dia’s nose an important tool in our efforts to control the species.

Our canine handler, Joshua Beese, will be training and working with Dia. Josh is an emergency search and rescue dog handler for New Jersey Task Force 1 and FEMA and owner of Painted Dogz training in New York City. During their searches together, Dia will wear a GPS collar to record the locations of her surveys. Once Dia detects the presence of a target species, our Invasives Strike Force team will be called in to manage it. Over time, we hope to train Dia to detect multiple species, including southern pine beetle, an invasive insect that is devastating pine forests, or spotted lanternfly, a threat to grape, apple, and hops crops.

We thank the Zofnass family and all donors to our Detection Dog fundraising challenge for their generous support to make our pilot program possible. Show your support of the Conservation Detection Dog Program and help protect native ecosystems today.

Why Use Dogs for Invasives Detection?

Utilizing their exceptional sense of smell, dogs have been commonly used for search and rescue, as well as weapons and narcotics detection. These tracking and detection skills are now being used to protect our wild spaces. In 2010, the journal Invasive Plant Science and Management published a study that concluded trained dogs could smell and detect twice the number of invasive plants that humans could observe with their eyes.

In a metropolitan region highly prone to invasive infestations, early detection is a key component of successful invasive species management. The addition of a conservation detection dog to the Trail Conference’s Invasives Strike Force help us to increase both the quality and quantity of our invasive surveys.

When we originally began planning the Conservation Detection Dog program, Dia wasn’t the first dog we considered. We first started working with Penn Vet Working Dog Center and had identified a black lab being trained there, Willow, for adoption. But as the process moved forward, we received some disappointing news: tests came back with an indication of mild dysplasia, which could result in pain and arthritis in Willow’s elbows over time. Based on these results, the director of the Center recommended that Willow not be assigned to field work–the type of work we would be asking her to do. Penn Vet will find an assignment for her that is more stationary and places less stress on her joints.

We then began a nationwide search for a new dog, which eventually led us to Dia, a yellow lab in Wisconsin bred for hunting competitions. Our handler Josh made the trip out to see Dia and evaluate her for the program. We think Dia has the right stuff. Follow Dia’s journey on Instagram (@DiaTheDetectionDog) as she learns her first species and begins her career with the Trail Conference combating invasives.