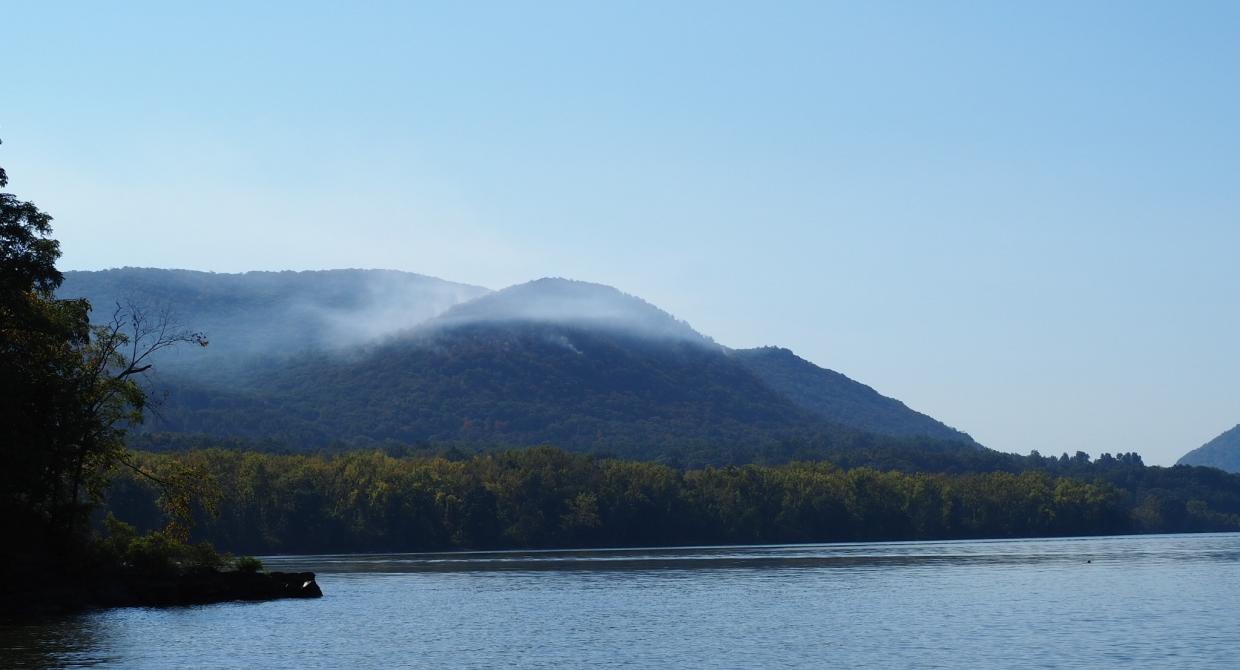 Update 10/8/19: New York State Parks confirms that the fire is 100% out. The Wilkinson Trail is now officially reopened. However, there is a reroute near the summit of Sugarloaf Mountain to avoid steep, eroded, and dangerous conditions. The Wilkinson Trail will be rerouted to the recently created fire break on the eastern side of Sugarloaf Mountain. From that point, hikers can continue to the Notch Trail or continue up to the peak of Sugarloaf. Trail Conference volunteers are scouting the fire damage to assess what trail work needs to be done.

Update 10/4/19: Even with Thursday's rain, the fire on Sugarloaf Mountain is not yet confirmed to be 100% out. The Wilkinson Trail remains closed from the trailhead on Route 9D past the Breakneck Bypass Trail to the Notch trailhead. On the Wilkinson Trail, there are many unsafe conditions due to overhanging, partially burned branches falling on the trail. This closure is expected through the entirety of the upcoming week until these unsafe conditions can be addressed.

Update 9/30/19: The fire is 100% contained with a firebreak ring, but the fire is not out completely and is still smoldering in several places. Rain is expected on Thursday. The Wilkinson Trail remains closed from the trailhead on Route 9D past the Breakneck Bypass Trail to the Notch trailhead. On the Wilkinson Trail, there are many unsafe conditions due to overhanging, partially burned branches falling on the trail. This closure is expected through the entirety of the upcoming week until these unsafe conditions can be addressed.

Update 9/26/19: There is now a containment line completed around the entire fire. However, the fire is still burning inside the line and will be for some time. To keep hikers safe and away from the area of the fire, the Wilkinson Trail will be closed at the intersection with the Notch Trail, as well at the intersection with the Breakneck Bypass Trail.

Update 9/23/19: According to N.Y. State Parks, yesterday afternoon crews had established containment lines around 100% of the fire. However, the fire is still active, and crews will continue to monitor and secure the lines until the fire is out.

Update 9/23/19: At a briefing on Monday morning, officials stated about 25 acres on Sugarloaf Mountain are still burning. Their goal is to get the fire 100% contained today. 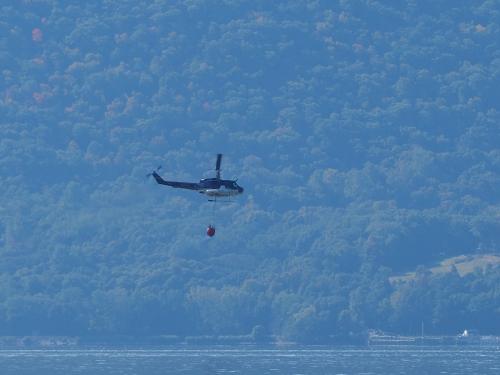 From Hank Osborn, our Senior/East Hudson Program Coordinator, who has been on the scene:

"I first noticed smoke on the mountain when I was crossing the Newburgh-Beacon Bridge at about 4 p.m. on Friday. I immediately called the State Park and they were not aware of the fire. Evan Thompson, the park manager, called the office soon after I did and alerted them to the fire that he discovered independently from my sighting of the smoke on the top of Sugarloaf.

"A handful of park workers dug fire lines around the top of Sugarloaf on Friday evening. On Saturday, the fire had expanded from about 9 acres to about 14 acres. As of Saturday afternoon, the fire had reached approximately 20 acres all on the summit and western summit of Sugarloaf. The briefing of firefighters from State Parks Taconic Region, State Parks Palisades Region, DEC Rangers, and State Parks Police was about 30 strong on Saturday morning. At the briefing on Sunday at 8 a.m. at Little Stony Point, there were approximately 75 members of DEC and State Parks present."

On Saturday, Trail Conference Stewards counted 1,498 visitors to Breakneck Ridge. The Wilkinson Trail was closed by State Park Police at the trailhead at Route 9D, but the park and police were allowing hikers to exit down the Wilkinson Trail. All visitors to the Breakneck Ridge area were encouraged to hike up Breakneck Ridge or up the Brook Trail and were told to avoid the area of the fire. State Parks was able to station a Steward at the junction of the Sugarloaf Trail to inform any hikers going up towards the fire. Our Stewards counted almost 1,200 visitors on Sunday; officials reported that thanks to the Trail Conference's Steward presence, there were no issues with hikers interfering with the efforts to put out the fire. We encourage visitors to use alternative hiking areas until the fire is under control and damage can be assessed.

The cause of the fire is currently unknown. But as visitors to the outdoors, it is our responsibility to do all we can to protect nature while enjoying it. Please remember to Leave No Trace when heading outside by following these tips.