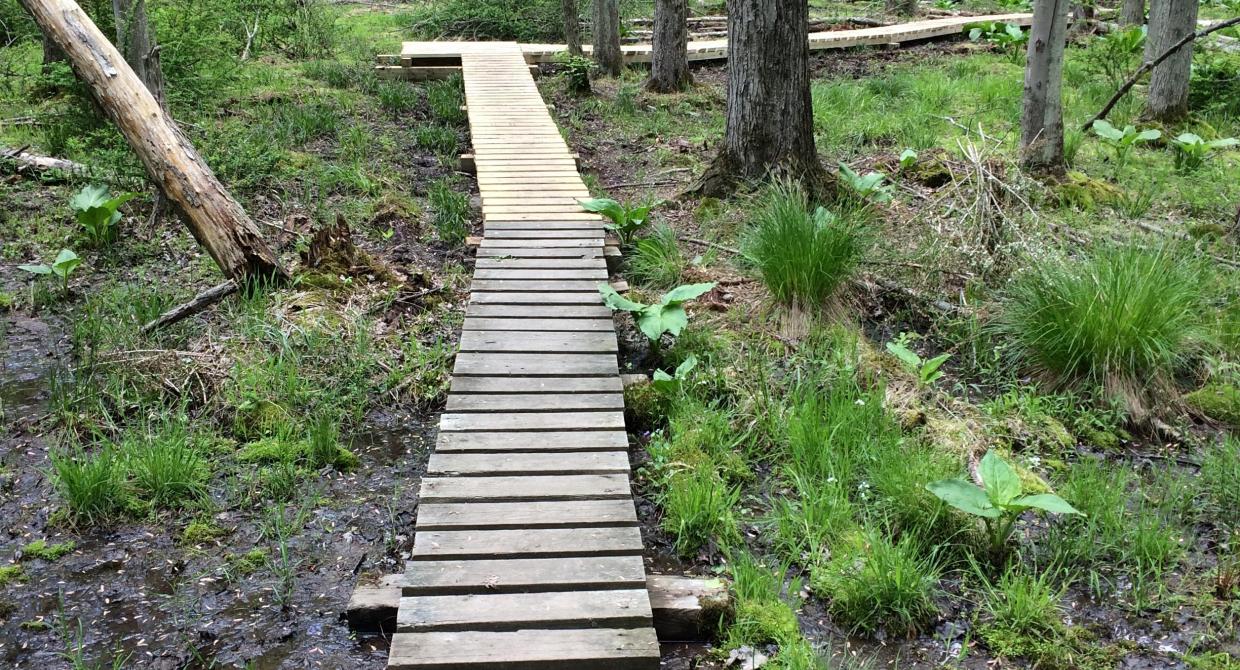 The Westchester Trail Tramps, a Trail Conference volunteer crew founded by Mary Dodds over 10 years ago, have focused on restoring and renewing the Briarcliff Peekskill Trail (BPT) since January 2020. The BPT became a priority after crew leaders Michael Pashley and Connie Stern walked the trail from Watch Hill Road to Ryder Road, about 9 miles. They encountered several nearly impassable sections covered with blowdowns and brush. The entire trail needed action to restore this linear corridor to Trail Conference standards: making it inviting to hikers, protective to the environment, and within their resources. They knew they had an able crew of talented Trail Tramps at the ready. But to tackle projects beyond the reblazing and overgrowth clearing—bigger projects such as rebuilding boardwalks, for example—would require expenditures as well as physical labor.

When Mark Perreault, an out-of-state visiting hiker, happened to walk the BPT, he was impressed by the trail “because it is outside the mold of a typical hiking trail, running through a mixed area of towns … originally intended as a highway, but preserved as a walking path by Westchester County.” But he was concerned about its deteriorated condition. He then offered the funding to make the improvements happen; he contacted local agencies and the Trail Conference, who then contacted Michael and Connie. “We immediately responded,” Connie says. “We told him of our plans to rehab the trail.” The funding assured, the next step was to inform Westchester County Parks Division, who heartily approved their plans. Michael and Connie accepted the challenge and set the Tramps to work. 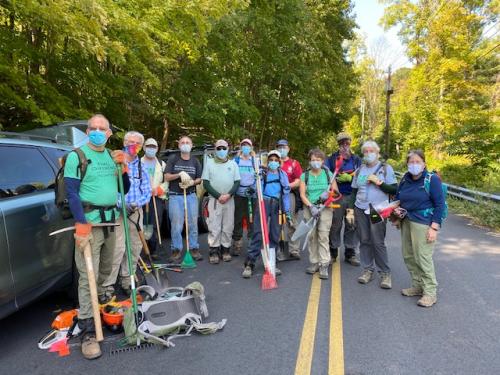 The most ambitious of the projects was to construct a boardwalk spanning a waterfilled marsh, restoring the old and adding additional lengths. Michael calculated the amount of lumber and supplies they would need and designed the boardwalk’s course. “With Mark’s generous funding,” Michael says, “we were able to order the needed lumber and have it delivered nearby.”

One hundred sixty feet of the new boardwalk was produced, along with the repair of about 80 feet, giving hikers a high and dry path while protecting the sensitive plants and wildlife habitats from incursions when hikers attempted to bypass standing water and mud.

During the construction, hikers admired the work and thanked the crew for their efforts. The new additions were not just functional, but also landscape-friendly, meandering through beautiful parkland with fresh blazing and clear tread throughout.

Having wrapped up that project, the Trail Tramps look forward to improving additional wet and eroded areas of the BPT while continuing maintenance of the entire trail.