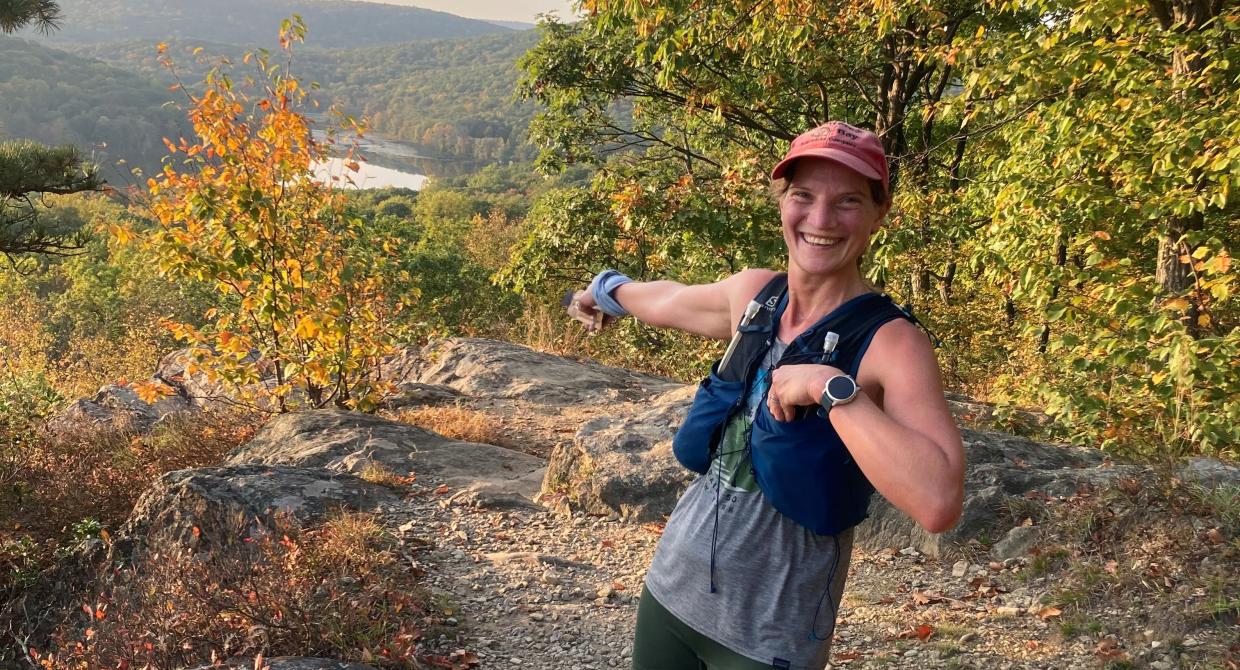 The 93.3-mile stretch of the Appalachian Trail in New York means so much to the people who live near it. To Katharine Spector, a 40-year-old interior designer, wife, mother, and ultrarunner from Kent Cliffs, the A.T. is a quiet oasis and place to connect with her family in nature. It was the proving ground on which she completed her greatest physical challenge: running the entire New York section of the A.T. On a hot October 15th day, Katharine completed this feat in just 26 hours, 24 minutes, and 4 seconds, establishing the supported Fastest Known Time (FKT) record for both male and female athletes.

Spector’s special connection to the trails began decades ago on her high school cross-country team, where she ran the woods around Claremont, N.H. As a California transplant, she was struck by the friendships she made on the team and the like-minded people she met on the trails. After high school, she completed degrees in art history and interior design from Columbia and FIT, and her lifestyle shifted away from athletic pursuits. But after quitting smoking 10 years ago, she once again found the trails and with them, new friendships in the hiking and trail-running community. Many of those friends supported her as she completed her A.T. challenge.

On the day of her big run, Katharine was confronted with 88-degree weather—less than ideal conditions for a 93- mile run. She managed to cool off by lying down in a stream along the way. “Trail running has taught me that if you’re creative and flexible, you can achieve big goals,” she says. Katharine points out that she is not a pro athlete, but a regular person with a job, husband, and two sons. Despite working in Manhattan, she finds time to train by hitting Central Park, the Westside Greenway Park, and running from work to the Harlem train station!

Katharine understands the crucial nature of the Trail Conference’s role in protecting and securing the future of trails. This was a key factor in her decision to do her FKT attempt as a Trail Conference fundraiser. Katharine regularly takes her boys on hikes and has recently signed herself and another person up to serve as A.T. trail maintainers. Thank you, Katharine, for inspiring us and demonstrating that regular people really can do extraordinary things.