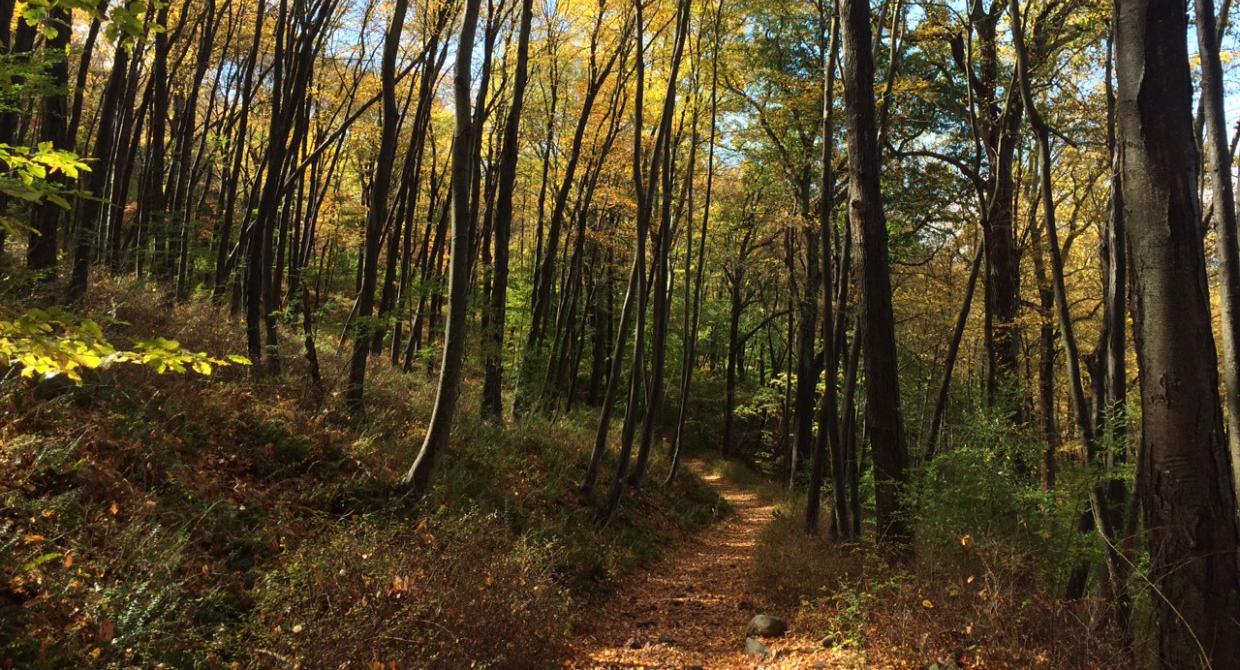 Discover a little history on your next adventure in Worthington State Forest.

Trail maintainer Jon Stelling, environmental scientist by day, enthusiastically adopted the Rock Cores Trail in New Jersey’s Worthington State Forest when he moved to nearby Pennsylvania to complete his PhD at Lehigh University. But he was frustrated that the unique and historical significance of the trail’s namesake “rock cores” feature was being kept secret.

More than 50 years ago, the Army Corps of Engineers proposed creating a dam at the Delaware Water Gap, which would flood the scenic valley and surrounding areas. After court challenges by conservationists and environmental groups lasting over three decades, the Tocks Island Dam project was abandoned—but not before the federal government acquired thousands of acres of private property via eminent domain. This land became the Delaware Water Gap National Recreation Area, adjacent to Worthington.

Although construction of the dam was never started, footings for the proposed structure that would encroach into Worthington required drilling deep into the ground for several rock core samples. Today, the Worthington core samples are visible links to a failed past. The 3-foot-wide, cylindrical samples of the rock underfoot can now be found along the newly rerouted Rock Cores Trail.

Thanks to Jon’s advocacy of a reroute to avoid a washed-out section of trail, the West Jersey Trail Crew recently completed a relocation at the Rock Cores Trail’s northern end. They installed a bridge over a stream that affords views leading to a giant rock cairn. The cairn draws the hiker’s attention to the cores and serves as a monument to the victory of the environmentalists whose determination and perseverance prevailed in keeping the Delaware River in its natural state.

Soon-to-be expanded parking areas on Old Mine Road through Worthington State Forest will provide easier access to the Rock Cores Trail, which connects to the Douglas and Garvey Springs trails and provides a route up to Sunfish Pond. From Interstate 80 westbound, take the last exit in N.J. and keep right at the bottom of the ramp onto Old Mine Road. This is a great alternative to the congested and often full parking areas at the Dunnfield Creek exit. Trails in Worthington State Forest and the Delaware Water Gap can be found on the 2016 edition of the Kittatinny Trails map set.