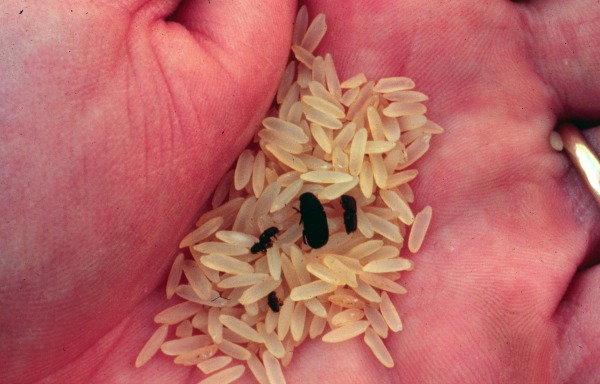 In May and June, Lower Hudson Partnership for Regional Invasive Species Management (PRISM) volunteers partnered with the New York State Department of Environmental Conservation (DEC) Division of Forest Health to monitor the southern pine beetle throughout Orange and Ulster counties. This invasive bark beetle was most likely blown north by the winds of Hurricane Sandy in 2014 and has been attacking local conifers ever since. (The infestation has been particularly devastating in Long Island.) The beetles were caught in traps in Minnewaska State Park Preserve and Bear Mountain State Park last year, but no infested trees were found in those areas. Volunteers recruited by the Trail Conference received training from the DEC on May 6 and have been checking traps located in several state parks and forests to help sound the early warning if the beetles were caught again.

The adult southern pine beetle will bore into a tree’s bark and lay eggs in the cambium tissue, cutting off the tree’s nutrient flow and killing it in about 1 to 4 months. These beetles are 2 to 4 millimeters in length (about one-half to one-third the size of a grain of rice), but what they lack in size, they make up for in sheer numbers—the southern pine beetle will overwhelm a tree with 20,000 to 30,000 resident beetles. Southern pine beetles can be found on any conifer but prefer pitch, scotch, and red pine. Pitch pines communities are rare in New York, so protecting these habitats is critical for many species endemic to those communities.

Conifers infested with southern pine beetles will have small pitch tubes or rusty red “popcorns” of resin as the tree tries to push out the beetles’ attempts to bore into the bark. Infested trees’ needles will turn to a copper color in the early stages of attack; as the tree dies, the needles will turn brown and fall off. This transition can happen in the span of a month.

Volunteers have quickly mobilized to survey the areas' pine populations for signs of southern pine beetle infestations in hopes of early detection and eradication. Please report any suspect trees documented with pictures and GPS coordinates of their location to [email protected].

For more information about the southern pine beetle go to on.ny.gov/1S2Mlzx. For more info on the Trail Conference’s management of the Lower Hudson PRISM, visit lhprism.org.

How to spot a tree infested with southern pine beetles: 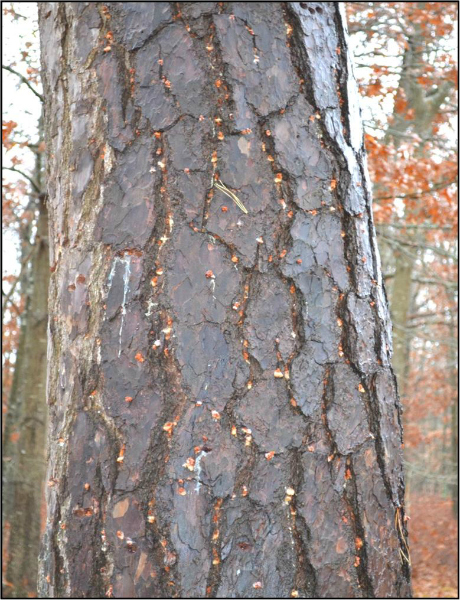 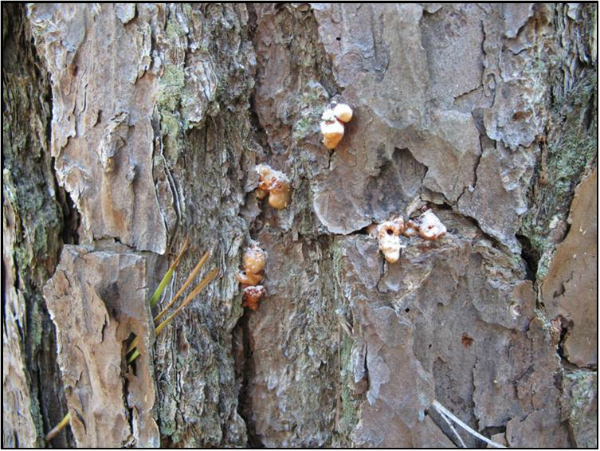 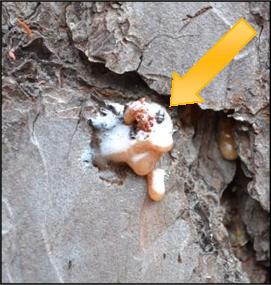