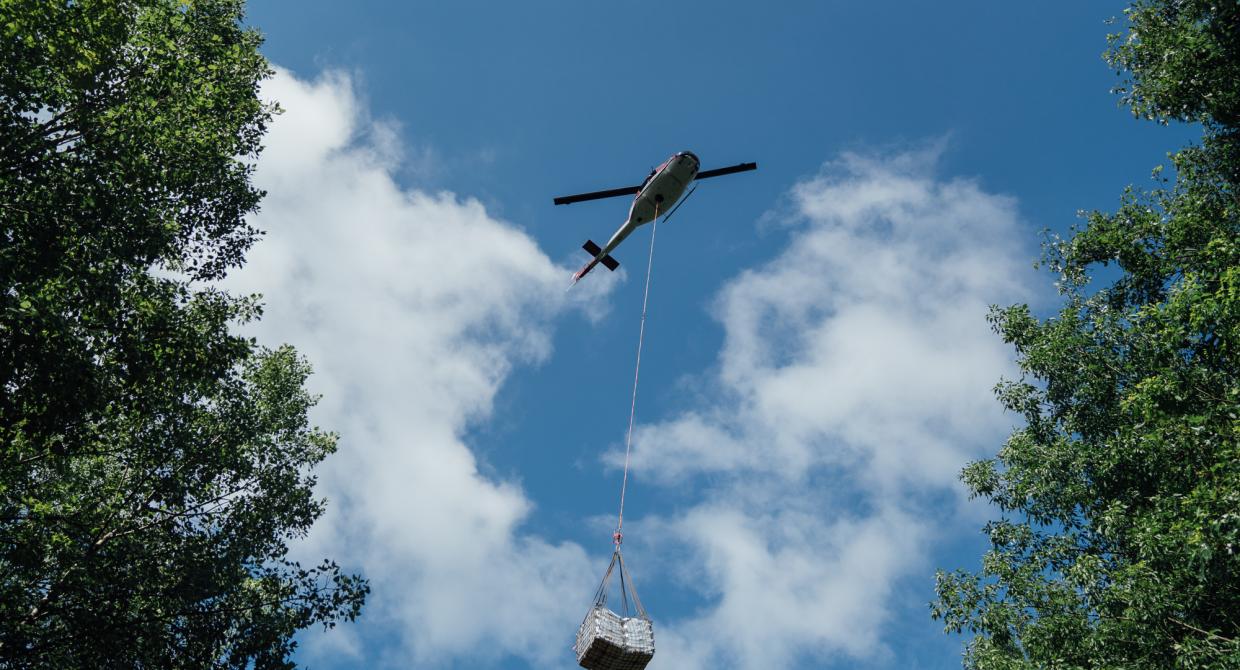 No more boots will be lost in the mud at The Outlet at Terrace Pond thanks to a floating walkway and the efforts of volunteers.

Terrace Pond, an area of great natural beauty, is a popular hiking destination in Wawayanda State Park. It draws people of all ages and experience levels to enjoy some of the finest scenery that northern New Jersey has to offer. 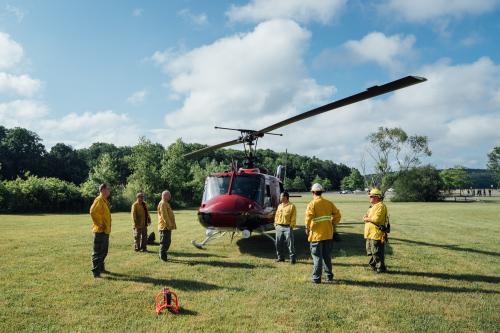 The muddy area of the Terrace Pond Circular Trail—an area we colloquially refer to as the Outlet—is home to a difficult crossing where the pond becomes a bog. This crossing historically had a log bridge, but after a series of hurricanes, it was destroyed beyond repair. The crossing has since been a series of floating logs that require a delicate sense of balance. On several instances, we’ve witnessed visitors lose their footing on the logs and sink their feet into the deep mud beneath. Oftentimes, this causes them to lose their footwear—creating a hazard as they are forced to continue hiking barefoot. Even if their footwear remains secure, they then lose traction due to the mud or wetness, creating another hazard as they continue to hike. 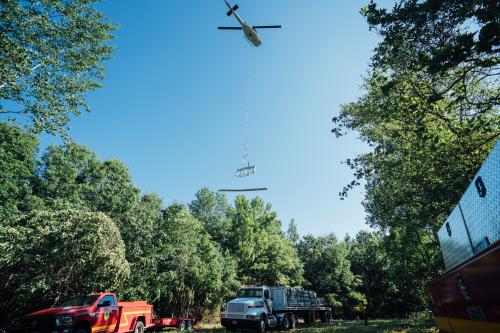 The pond’s natural outlet features sheer rock edges filled with loose organic material. It is impossible to set bridge foundations; there is nothing to set them into. Stepping stones were installed at one end of the outlet by the West Jersey Trail Crew 15 years ago, but they are slowly vanishing into the mud. In the absence of a stable surface to build upon, the local geology and geography have made a floating crossing the only option.

The Terrace Pond Outlet floating walkway, purchased through the generosity of a long-time Trail Conference supporter, Robert C. Ross, is a modular floating system manufactured by Candock, a Canadian company that has been constructing, distributing, and installing such systems for 20 years. The floating walkway will be assembled onsite from 19-inch square “cubes,” each weighing 12 pounds. The cubes are UV- and pollution-resistant. The walkway will be 3 “cubes” wide and will include railings on both sides. When construction is finished, the walkway will be 120 feet long, extending the width of the outlet.

“This is by far the most unusual project we have worked on,” said David Day, co-leader of the West Jersey Crew. “While the assembly is amazingly simple, working at that site is truly a challenge.”

The materials are staged in an area just above the outlet, and a highline has been rigged across the outlet to transport the components to the site. While Candock delivered the materials pre-assembled in short sections, it was clear that the sections needed to be assembled “in place”—that is, in the outlet. By the end of the first work day the walkway was starting to take shape, but two crew members had been in the mud up to their knees, and everyone was dirty.

Additional support for the crew’s work is being provided by Wawayanda State Park, which is making their service vehicles available to the crew to travel with their gear within ½ mile of the work via a fire road.

This is an ongoing project, expected to be completed by fall 2020. The section of the Terrace Pond Circular Trail that crosses the outlet is closed for the duration of the work, and the NJDEP Trail Stewards stationed at Terrace Pond have been invaluable in enforcing the closure.