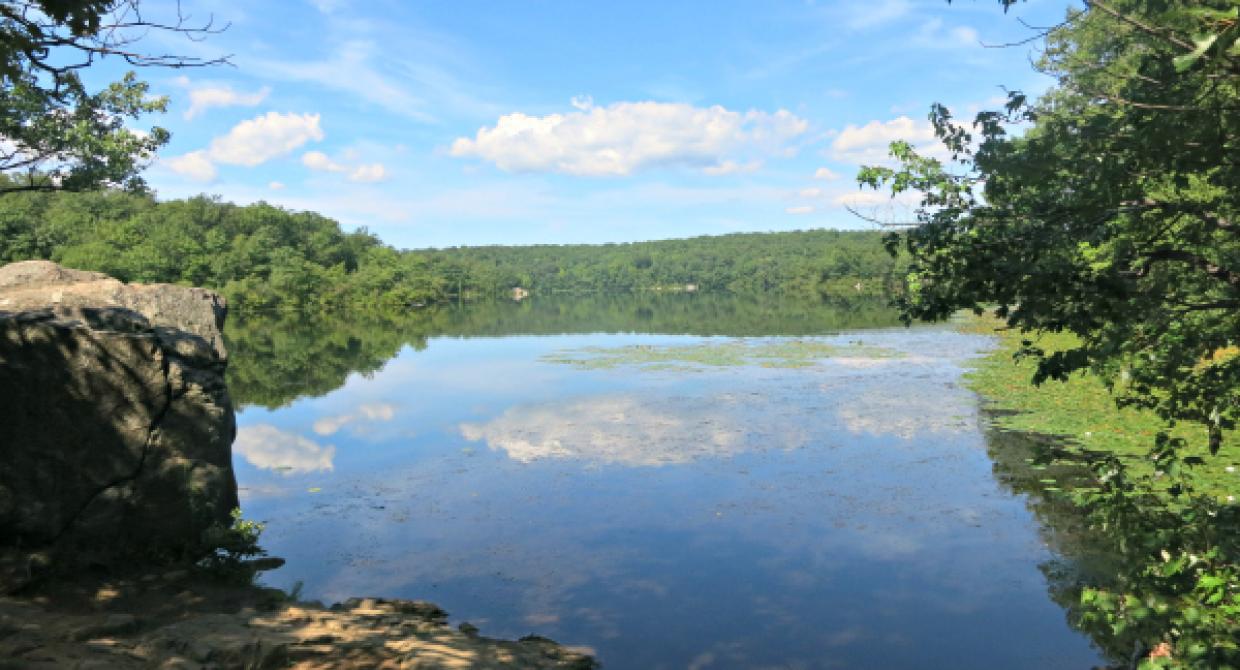 Several trail improvements, which aim to make the trails easier to follow, have been completed throughout Ramapo Mountain State Forest. The improvements include changing blaze colors and creating new trails.

This "Completed Major Trail Changes" map shows the trail system in Ramapo Mountain State Forest as completed on September 17, 2020. Please take a moment to review this map, and photograph or print it for easy reference during your outing.

This "Old Trail System" map shows what the trail system looked like before the 2020 changes. 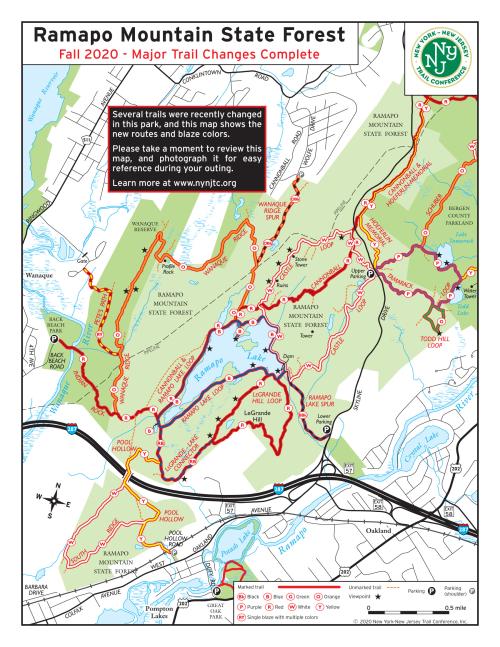 The changes being made to the trail system In Ramapo Mountain State Forest were sparked by a rise in visitation, which has been accompanied by a rise in lost hikers, leading to a persistent need for the services of local search and rescue. This concept of reinvisioning trail systems to create loop trails has already been successfully introduced at Ramapo Valley County Reservation in New Jersey, where reports of lost trail users have been drastically reduced and the overall hiking experience has been greatly improved.

The improved trail options at this very popular day-hike destination consist of the white-blazed Castle Loop, the purple-blazed Tamarack Loop, the blue-blazed Ramapo Lake Loop, and the green-blazed Todd Loop.