Trail Project in Yorktown Will Be a Boon to Local Residents

Trail Project in Yorktown Will Be a Boon to Local Residents 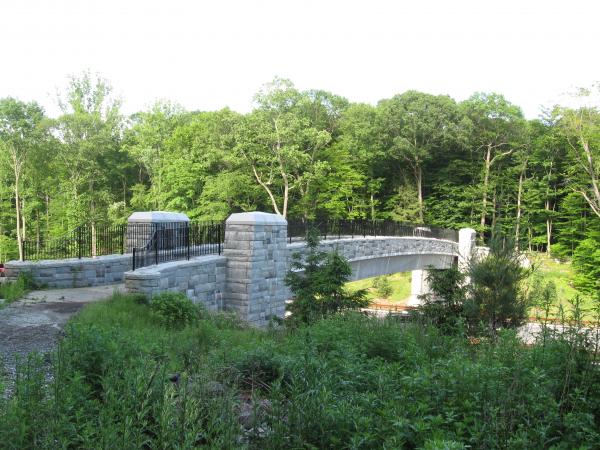 A project in New York’s Westchester County aims to create a 12-mile, multiuse trail network comprising three existing local parks, to-be-purchased open space, and linear connections provided by the Yorktown Trailway and an underground gas pipeline. Called Yorktown Trails, it emerged when my husband Walt and I, residents of Yorktown, saw opportunity in a pending proposal for the town to purchase 200 acres of open space adjacent to an existing multiuse trail and would connect with one of the existing parks.

Walt, co-chair of the Town's Advisory Committee on Open Space and active locally for almost 10 years, learned of the proposed purchase. Knowing who to call and what procedures to follow, he and I approached Yorktown's Parks and Recreation Commission with a request to build a trail system beginning with the six miles of existing trails. With that approval in hand, in April, we made a presentation to the Trail Conference's Trails Council, which approved the concept. The Westchester Mountain Biking Association (WMBA) heard about the project and asked if they could help. Much, though not all, of the planned trail network is or will be designated non-motorized multiuse, with one park restricted to hiking only. WMBA assistance in the project adds additional volunteer power as well as their expertise on building multiuse trails and securing funding.

Part of the Trail Conference's East Hudson Community Trails Initiative, this project is envisioned to encourage positive uses of the parks as well as involving the community in the building phase. Jen Fava, Superintendent of Parks and Recreation for the Town of Yorktown, stated, "It is exciting to have people and organizations working together to enhance the opportunities for our residents to enjoy the outdoors. We look forward being able to take advantage of parkland that normally would not be utilized."

The town initially expressed concerns about expenses for the project and was reassured that not only were volunteers building the trails, Yorktown Trails was also looking for outside funding. Tim O'Connell,president of WMBA applied for and received grants from the International Mountain Bike Association and Specialized.He said, "This funding has given the project a solid start and will be leveraged when applying for future grants."

On June 22, the Trail Conference and the Town of Yorktown signed a formal agreement to start constructing the new trail system. The agreement calls for Trail Conference volunteers to take responsibility for maintaining existing trails and to take the lead on designing and developing new trails. Even with the proposed open space purchase on hold, work is underway to connect Deer Hollow Park, Sylvan Glen Park Preserve, Woodlands Legacy Fields, and the Yorktown Trailway.

Plans for the project include signs indicating permitted uses at all neighborhood entrances and kiosks with a map and interpretive material at parking areas. Both Sylvan Glen Park Preserve and a yet to be purchased piece have remnants of quarrying operations. Other parts of the project will involve outreach to neighbors, youth groups, and schools. Their involvement will help build community pride and provide a venue for low-cost exercise. It is also hoped that contact with neighbors will open opportunities so that corporations will use the project for their volunteer days and provide some additional funding.

A web page has been set up to inform the public, as well as allowing the committee to post a work trip schedule and photos of progress as it is made. See the Yorktown Community Trails web pages. at www.nynjtc.org/yorktowntrails.