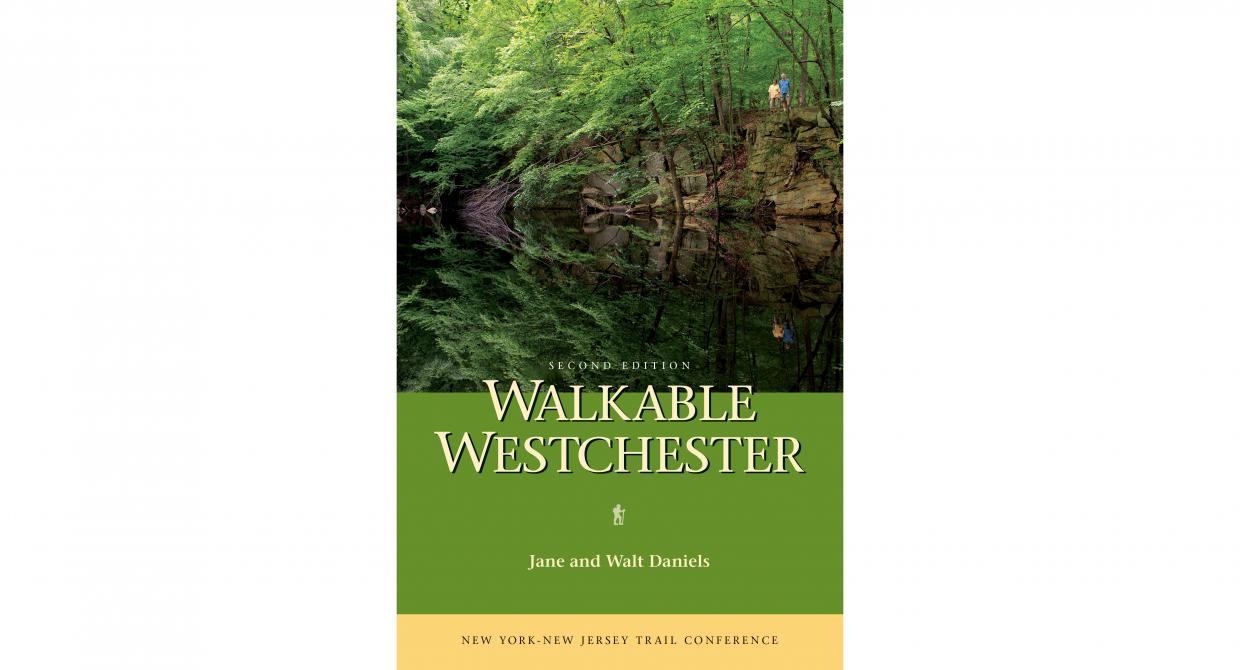 The best book about hiking in Westchester County just got better with a county-wide locator map as well as G P S coordinates. This updated edition has 200 parks with more than 600 miles of trails. Learn who donated land and how parks got their names.

Find out about the wide variety of walking opportunities along paved paths, woods roads, and dirt roads in environments that include urban, suburban, shoreline, woodlands and fields, and wetlands. There are detailed maps of all but the smallest parks and great photographs that encourage you to visit.  Also included are driving directions, availability of public transportation, and icons for activities.

There are over 200 parks, preserves, sanctuaries, and protected open space in Westchester County; they contain over 600 miles of trails including ones that are handicapped accessible.

Walkable Westchester promotes walking which is an inexpensive recreation and part of a healthy life style. It describes a wide variety of walking opportunities on paved paths, woods roads, dirt roads, or narrow woodland trails in urban, suburban, rural, and natural settings. Trails can go along the shore, in woodlands and fields, or near lakes, streams, vernal pools, and wetlands. Discover Westchester as you walk, hike, run, ride a horse, walk your dog, bike, cross country ski, or snowshoe.

Aside from property in and near Heritage Hills in Somers and two isolated tiny pockets elsewhere in the County, all homes in Westchester are within one mile of a park boundary or place to walk. Amazing, but even more so because of the County's proximity to New York City.

Jane and Walt Daniels are hikers, devoted to the outdoors, and committed to the protection of open space. Hiking accomplishments include climbing the 46 high peaks in the Adirondacks and section hiking the 2175-mile Appalachian Trail. They began volunteering for the New York New Jersey Trail Conference in 1979, first as a team and then with separate responsibilities. According to Walt, he moves rocks and Jane moves people.

Jane is a retired reference librarian. She served on the Trail Conference board from 1990-2011, including six years as board chair and on the Appalachian Trail Conservancy (ATC) board from 1993-1999. In 2007, she chaired a committee hosting the Appalachian Trail Conservancy's 36th Biennial Conferece, an eight day event with over 850 attendees and 376 volunteers. Having built and managed trails, she understands trail issues from the shovel to the board room. In April 2013, she was named NY Trail Worker of the Year by American Trails. Jane has been the president of NY State Trails Council. She is on the board of the Hudson Greenway Conservancy, the president of the Friends of FDR State Park, on the board of the American Hiking Society. and Yorktown Trail Town Committee

Walt, a retired computer researcher from IBM, is chair of the Open Space Advisory Committee, served on the Town of Yorktown's Conservation Board and has been and wasvon ATC's Board of Mangers from 1999-2005. He has been involved with the Dutchess Putnam AT Management Committee since 1983.  He has been on the Board of the NY-NJ Trail Conference since 2011.

In 2010, Jane and Walt started a project in the Town of Yorktown to build a trail system connecting open space around the Taconic State Parkway. Parks in the system include Sylvan Glen Park Preserve, Turkey Mountain Nature Preserve, Yorktown Trailway, FDR State Park, and Granite Knolls Park. The project is joint with the Westchester Mountain Biking Association. In 2017 they completed the connection inside FDR State Park and began work on a 0.4 mile connection on Town of Yorktown owned property, which was completed in 2019.

They have lived in Westchester County since 1968, where they raised their two daughters.

About the Trail Conference

The New York-New Jersey Trail Conference is a volunteer organization dedicated to creating, protecting and promoting the nation's finest network of foot trails in a major metropolitan area. The Trail Conference is a coalition of 100 clubs and 10,000 individual members that maintains over 2,000 miles of trails in New York and New Jersey. Its website, www.nynjtc.org, and its hiking books and trail maps provide detailed information that enable hikers to enjoy some of the most remarkable trails in the country.