Enter the woods at the kiosk at the east end of the parking lot and turn left onto the white-blazed Glacial Trail, which parallels an old stone wall. You’ll soon reach a fork, where you should bear right to continue on the trail. The Glacial Trail climbs gradually on switchbacks through a deciduous forest, then levels off and begins to descend. The trail parallels Goodale Road, occasionally visible below on the left. Side trails leave on the right and then on the left, but you should continue ahead on the main white-blazed trail. 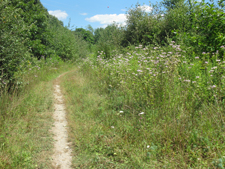 After climbing a little, the Glacial Trail curves away from the road and follows a winding route, soon beginning a gradual descent. After descending more steeply, you’ll pass several interesting rock formations on both sides of the trail. The trail then bears left at the next intersection and soon enters a successional meadow, with many wildflowers.

Towards the end of the meadow, the trail bears right and begins to parallel Lake Aeroflex, on the left. Be alert for a sharp left turn (marked by an arrow), where the white-blazed trail leaves the woods road it has been following and begins to follow a narrow footpath along the shore of the lake. Although the trail is only a few feet from the shore, there is rather dense vegetation between the trail and the lake, allowing only glimpses of the lake from this section of the trail.

After following the lakeshore for about 0.4 mile, you’ll reach a dock that extends into Lake Aeroflex – the deepest natural lake in New Jersey -- providing your first unobstructed view of the lake. Another viewpoint over the lake, a short distance beyond, is marked by an abandoned stone fireplace. You’ll pass several trail junctions; in each case, bear left to continue along the lake. 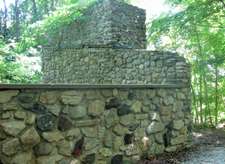 A little further along, you’ll pass a stone chimney on the right. This is a remnant of Camp Wawayanda, a YMCA camp that operated on Lake Aeroflex from 1917 to 1954. The trail now widens into a woods road and passes a number of open grassy areas.

Near the southern end of Lake Aeroflex, the Glacial Trail ends at a paved road, with the gated Aeroflex-Andover Airport on the left. Turn right onto the paved road and bear right at the fork. A short distance ahead, bear left onto a gravel road, then immediately bear right, passing an old white wooden garage on the left. Follow a gravel road uphill, passing the ruin of a stone building (formerly used by Camp Wawayanda) on the right. Bear left at the next intersection and head uphill. At the top of the rise, you’ll intersect the blue-blazed Limestone Trail.

Turn left onto the Limestone Trail, which follows a winding, undulating route. At one point, you’ll pass between cliffs on the right and a hemlock grove on the left. In about a third of a mile, you’ll cross a yellow-blazed paved road and continue ahead on the trail.

In another half mile, you’ll notice a wetland on the right. When you come to a fork, bear right (do not follow the arrow that points to the left), and you’ll soon reach the end of the blue-blazed Limestone Trail at a junction with the unmarked Sussex Branch Trail.

Turn right onto the Sussex Branch Trail, the right-of-way of the former Sussex Branch of the Lackawanna Railroad, built in 1854 and abandoned in 1966. At first, the trail (a wide cinder path) runs between White’s Pond, on the left, and a wetland on the right, but it soon enters a deciduous forest and, in 0.6 mile, it crosses Goodale Road. Continue to follow the Sussex Branch Trail along the left side of the road until you reach the park entrance road, where you turn right into the parking lot to return to the start of the hike. 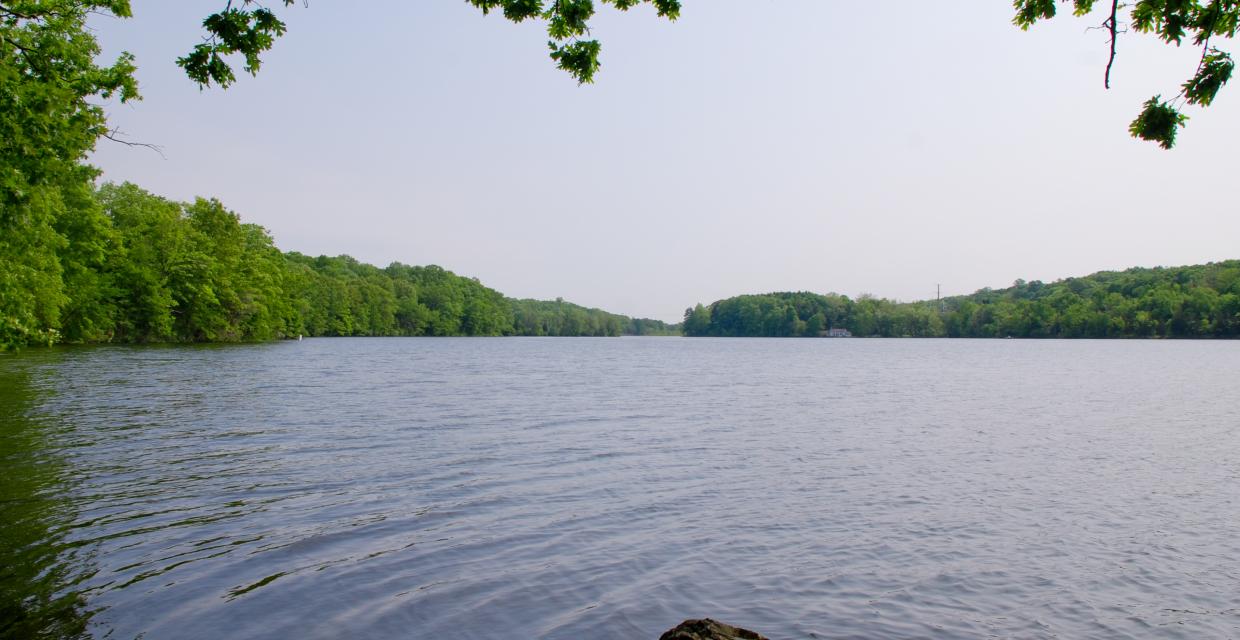 This loop hike follows the shore of Lake Aeroflex and runs along the Sussex Branch Rail-Trail.

Enter the woods at the kiosk at the east end of the parking lot and turn left onto the white-blazed Glacial Trail, which parallels an old stone wall. You’ll soon reach a fork, where you should bear right to continue on the trail. The Glacial Trail climbs gradually on switchbacks through a deciduous forest, then levels off and begins to descend. The trail parallels Goodale Road, occasionally...

Take I-80 to Exit 25 (Stanhope/Newton) and proceed north on U.S. Route 206 for 7.9 miles to Goodale Road in Andover (this intersection is 0.6 mile north of the crossing of the Sussex Branch Rail-Trail). Follow Goodale Road for 0.9 mile and turn right at the entrance to Kittatinny Valley State Park. Park in the parking lot on the left, before the gate.