From the parking area, continue heading towards the mountain, with a large barn on your right. You will see another barn at the base of the mountain, behind white fencing. The triple red-square-on-white-blaze that marks the start of the Pine Meadow Trail is visible on the side of that barn. You will be following this trail for the next 2.85 miles.

At 0.85 mile, after a rather steep climb along the brook, the Pine Meadow Trail reaches a junction with the yellow-blazed Suffern-Bear Mountain (S-BM) Trail. Here, the woods road you have been following along the brook continues straight ahead, but you should turn left, following the co-aligned red-square-on-white and yellow trails up Catamount Mountain. In 0.4 mile, after leveling off and crossing a small stream, the trails diverge. The yellow-blazed S-BM Trail bears left, but you should bear right, following the red-square-on-white-blazed Pine Meadow Trail.

For the next mile, you will pass through a hardwood forest, with an understory of blueberries and mountain laurel, eventually crossing unpaved Pine Meadow East Road (identified only by a rusted "Foot Travel Only" sign). In another 0.4 mile, you’ll reach beautiful Pine Meadow Lake and a junction with the white-blazed Conklins Crossing Trail.

Continue straight ahead on the red-on-white-blazed Pine Meadow Trail, which follows the northeast shore of Pine Meadow Lake. You will notice some old, rusted pipes along the trail. These were installed by workers of the Civilian Conservation Corps (CCC) in the 1930s to serve children’s camps that were to be built along the lake. The camps were never built, and the pipes were never used.

In about 500 feet, you’ll reach the site of Conklin’s Cabin, which was inhabited by the Conklin family between 1779 and 1935. Nothing remains of the cabin, but a rock ledge on the left offers a panoramic view of the lake.

After taking in the view, retrace your steps back to the junction with the white-blazed Conklins Crossing Trail, and turn right. Follow the white blazes generally uphill for 0.6 mile, crossing two streams along the way. The white trail terminates at a junction with the yellow-blazed S-BM Trail, marked by large boulders. Turn left onto the S-BM Trail. In 0.15 mile, you’ll reach "The Egg" – a huge boulder on your right, with a panoramic view to the southeast from the top.

From “The Egg,” you’ll descend, cross a small stream, and climb to reach the Stone Memorial Shelter, built in 1935. The trail goes around the front of the shelter, then bears left and crosses a woods road. It now climbs steadily and, after a few minor ups-and-downs, emerges on the edge of the ridge at Hawk Cliff, with panoramic views.

Follow the Pine Meadow Trail downhill, crossing under the power line, and briefly follow along the gas line. Be alert for a sharp left turn, and follow the red-square-on-white blazes as they descend to the equestrian center and back to your car.

Ramapo Escarpment and Pine Meadow Lake from Town of... 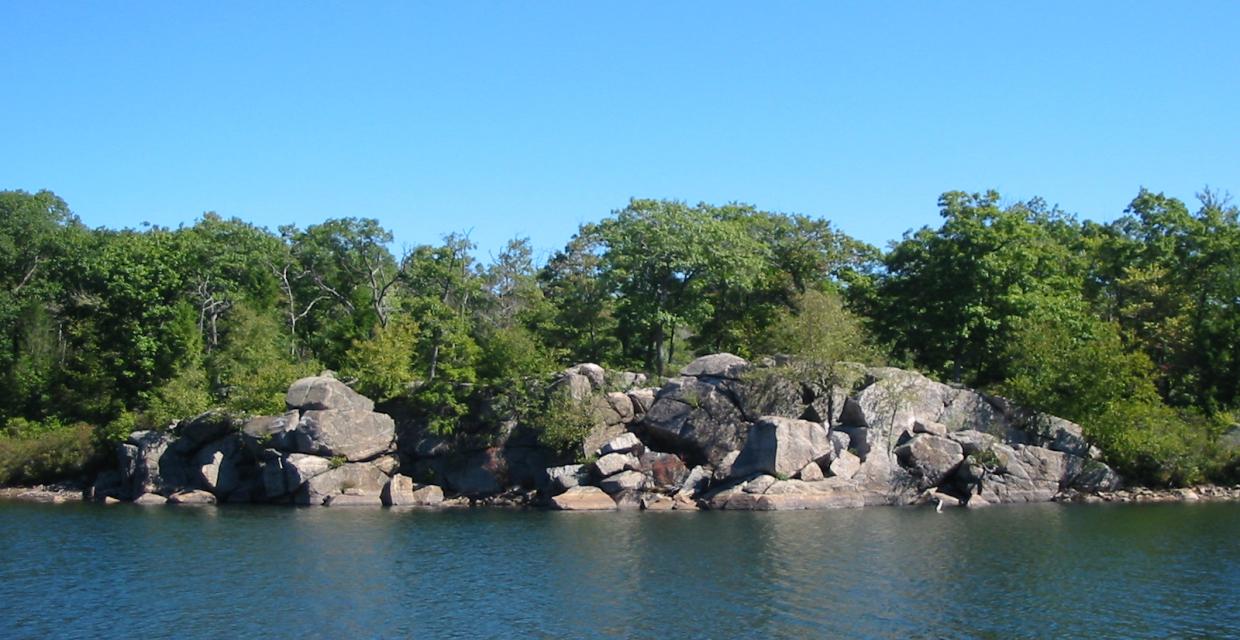 This hike climbs to scenic Pine Meadow Lake and to several panoramic viewpoints along the Ramapo Escarpment.

From the parking area, continue heading towards the mountain, with a large barn on your right. You will see another barn at the base of the mountain, behind white fencing. The triple red-square-on-white-blaze that marks the start of the Pine Meadow Trail is visible on the side of that barn. You will be following this trail for the next 2.85 miles.

Take N.J. Route 17 north to the New York State Thruway and take the first exit, Exit 15A (Sloatsburg). Turn right at the bottom of the ramp onto Route 59 east and follow it for 1.6 miles to the first traffic light in the village of Suffern. Turn left at the light onto U.S. Route 202 north, follow it for 5.4 miles, then turn left into the Town of Ramapo Equestrian Center. Continue over a small bridge and park on the left, just before the white, fenced-in riding area.

rate experience
August 26, 2020
4
Parking Issue and downed trees
This is a fine hike and Pine Meadow Lake is truly lovely on a beautiful summer day. Our spirits were a bit dampened by the unfriendly reception from the Equestrian Center. The trailhead parking sign has been partly covered to obscure the word "parking" and we were told that hikers are not permitted to park at the trailhead. The parking area was not full, but we were told we would be ticketed or towed if we parked there. Note there are many downed trees on the trail.
Brian Larkin
June 14, 2018
5
Beautiful hike
Beautiful hike when the mountain laurel’s in bloom, which it was today! Greatly appreciate the very clear directions to trailhead parking as Google tried to drop me off on the side of the road somewhere. Finished in about four hours, with a healthy stop for lunch at the lake.
justalizmartin
June 05, 2018
5
Ramapo Escarpment Hike
This is a beautiful hike. If you are following the hike description, the rock cairns described early in the hike are not that obvious. The left hand turn in the trail is visible, but we did not see a blaze. Just make sure to take the very sharp left before you reach the giant power pole. If you find yourself crossing Guyascutus Brook on big metal pipes, you have missed the turn. Pine Meadow lake is indeed lovely. And we truly enjoyed the view from Hawk Cliff. It was a bit overcast, but we still could see the Manhattan skyline and the Bear Mountain Bridge!
cejax1
More Reviews
Log in or register to post comments