About a mile and a half from the start, you'll reach a T-intersection with a woods road. The orange-blazed Hillburn-Torne-Sebago (HTS) Trail begins to the right, but you should turn left to continue along the blue-on-white-blazed Seven Hills Trail, which begins a rather steep ascent. The grade soon moderates, then again steepens.

After spending some time enjoying the view, retrace your steps to the junction with the Seven Hills Trail. Now continue ahead, following the joint HTS/Seven Hills Trail along the ridge, blazed with both orange and blue-on-white blazes. In 0.2 mile, at a high point on the ridge, the two trails split. You should continue ahead, following the orange-blazed HTS Trail, which soon bears left and descends into a valley. It climbs a ridge on the other side, then descends on stone steps.

At the base of the descent, the HTS Trail crosses a stream on a wooden bridge. To the left, an imposing cliff towers above the trail. You will soon reach the top, but via a more gradual route. The trail continues ahead, climbing gradually through a dense thicket of mountain laurel. After reaching a small level area, the trail bears left and climbs on a long flight of stone steps, finally reaching the top of the rise. A large boulder, known as the “Russian Bear,” formerly stood at the edge of the cliff, but it fell down in 2004. From here, there is a panoramic view over the Torne Valley (the best view is from a rock outcrop just below the summit). Unfortunately, the view is marred by the large Orange and Rockland Utilities power substation in the valley, and by the electric transmission lines extending up the hill.

The HTS Trail now heads north on a relatively level route, going over several open rock outcrops. In a quarter of a mile, you’ll cross the black-on-white-blazed Raccoon Brook Hills Trail (the junction is marked by paint blazes on the rocks). Continue ahead on the orange-blazed HTS Trail, which proceeds through dense mountain laurel thickets. The trail descends to cross a strip cleared for a gas pipeline, climbs to a minor summit, then begins a steady descent. On the way down, the blue-on-white-blazed Seven Hills Trail joins briefly from the left and soon leaves to the right, following which the descent steepens.

After crossing Quartz Brook on a wooden bridge, the Pine Meadow Trail reaches a junction where the yellow-blazed Stony Brook Trail begins on the right. Here, the Pine Meadow Trail bears left and begins to run close to Stony Brook, with its attractive cascades (and, in winter, interesting ice formations). To bypass a wet spot at the crossing of a tributary stream, the trail has been relocated to the hillside on the left, where it crosses another wooden bridge. Just beyond, you’ll come to the Reeves Meadow Visitor Center and the parking lot where the hike began. 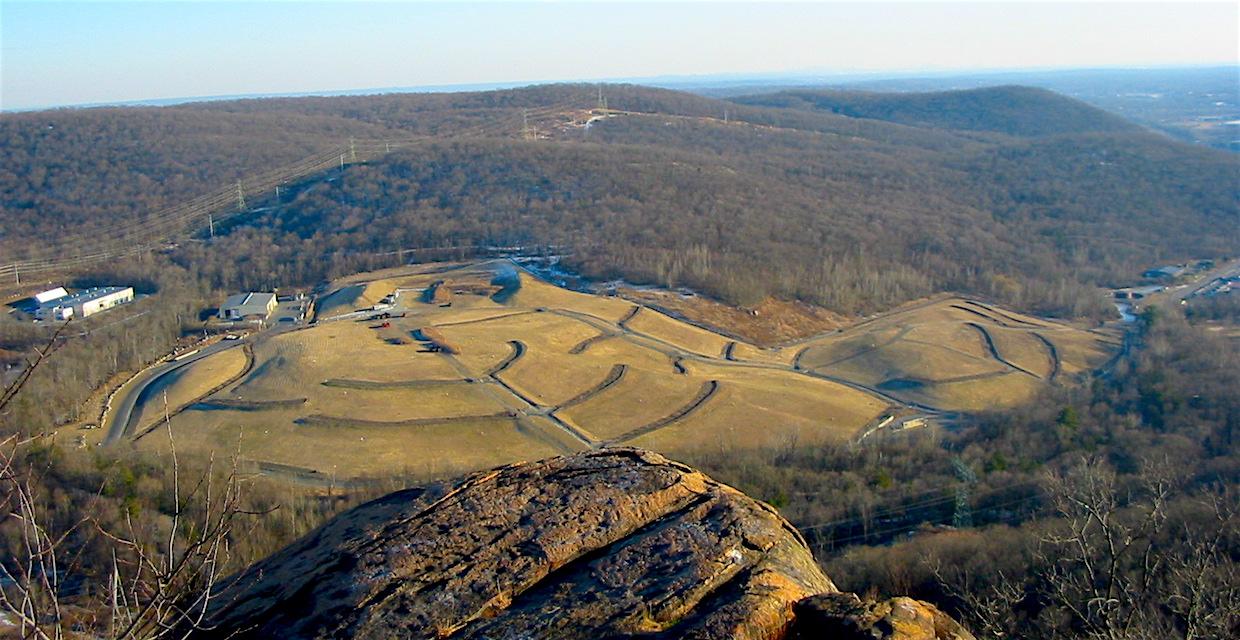 rate experience
June 11, 2012
0
Great Hike; Beware of Snakes on Sunny Days; Thick Laurel
My husband and I did this hike the afternoon of 6/10/2012. This is the second time we’ve taken this route. We’ve been hiking in the Harriman State Park for the past 4 years and we always use the online hiking trail finder guide. Thank you very much for providing such detailed and user-friendly directions!!! We both loved the terrain of this hike. We chose to make it more of a strenuous workout so we walked pretty fast this time and didn’t make stops apart from quickly catching our breath here and there. As such, we manage to complete the hike in 2.5hrs. We chose not to do the quick detour to the Ramapo Torne summit (where you get the view over Torne Valley and Hillburn with the NY Thruway below) which further cut on the time and about a little over half a mile from the hike. Two things to keep in mind: 1. We saw 2 pretty big black snakes – both on the orange-blazed HTS trail section of the hike, top of the mountain area. I am not an expert in snakes but from what I’ve read about Harriman, they must have been black rat snakes and hopefully not rattler snakes. As this trail passes through several open area mountain tops and areas of dense laurel it provides perfect places for snakes to surprise you. So be aware of that particularly on sunny summer days. Wear high hiking boots and long pants. It might also not be a bad idea to have a hiking pole with which to clear your path. Making some noise for snakes to get out of the trail might also help. 2. The laurel is pretty thick this time of the year. In my opinion it needs some trimming as the trail is extremely tight at places but I am not sure what the park’s policy is on that. So if you are not comfortable with hiking in areas where you do not know what might be hiding under the thick laurel, reserve this trail for the fall, winter, or early spring time when there should be less vegetation or just choose one of the more traveled trails (e.g. such as the ones along the Stony Brook). If you want more of a seclusion (until we reached the red-on-white Pine Meadow Trail we passed only 2 people) and wildlife encounters (apart from the snakes we saw a whole bunch of chipmunks, predatory birds, a wild hare, and a frog) then this hike is for you.
stoyanil
Log in or register to post comments