From the parking area, follow the signs to the “Trail Entrance.” You’ll pass in front of the visitor center and reach a table with a donation box. To help support the costs of maintaining the property, non-members are requested to pay a small fee to hike through the nature center property ($2 per person or $10 per family). Beyond the visitor center, follow the trail as it bears right and passes enclosures for a red-tailed hawk, a black vulture and a barred owl. Turn right at the next intersection (following the sign for the Picnic Area) and continue past the picnic area on the Yellow Trail (blazed with yellow triangles). When the Yellow Trail ends at the Main Trail (a wide gravel path), turn left and continue for 100 feet, then turn right onto the Red Trail (blazed with red triangles). Follow the Red Trail as it heads south and then loops around to the north..

Where the trail bends left, there is an interesting rock formation (named "Little Rock Den" on the trail map) to the left of the trail. In another 500 feet, you'll reach a junction with the orange-blazed Haring Rock Trail. Turn right and continue south on the Haring Rock Trail, which follows a winding footpath and eventually widens to a woods road.

As you approach East Clinton Avenue, the southern boundary of the nature center, you'll notice a large boulder on the left. This is the Haring Rock, after which the trail is named. Turn left here and follow the yellow/orange-blazed Seely Trail, which proceeds southeast, parallel to East Clinton Avenue. After crossing the Green Brook on a footbridge, the Seely Trail ends at a junction with the yellow-blazed Allison Trail.

Turn left and head north on the Allison Trail, which follows a mossy woods road. In a third of a mile, you’ll reach a junction marked by a cairn. Continue to follow the yellow-blazed Allison Trail as it turns left, joining the red-blazed Little Chism Trail. Both trails cross the brook on a footbridge, then turn right and parallel the brook.

In 500 feet, you’ll reach another junction, marked by a cairn. Turn right, leaving the yellow-blazed trail, and continue along the red-blazed trail, which soon approaches US 9W. The Little Chism Trail roughly parallels this busy road, which can often be seen on the right through the trees.

After turning away from Route 9W, the red-blazed trail again approaches it at a junction marked by a cairn and a sign for the Long Path. Here, the short red-and-yellow-blazed Sweet Gum Trail leads to Route 9W at the entrance to the Greenbrook Sanctuary. Continue ahead on the red-blazed Little Chism Trail, which crosses a brook on a footbridge. A short distance beyond, you'll notice an interesting rock outcrop on the left. This formation is made up of igneous rock, known as diabase, formed when molten lava cooled underground. The Palisades cliffs (just to the east) are formed of diabase.

The Little Chism Trail once again approaches Route 9W and then turns away from it. When the Little Chism Trail ends at unpaved Hudson Avenue, cross the road and continue on the red-and-white-blazed Bischoff Trail, which soon begins to parallel a stone wall on the left.

Before reaching the paved Montammy Road, the Bischoff Trail turns left, goes through a gap in the stone wall, and passes to the left of a small pond. The trail then approaches Montammy Road and turns left to parallel the road. It soon crosses another stone wall, with buildings of the Montammy Country Club visible on the right, and the historic Lambier House (built in the 1870s) visible through the trees on the left. After crossing a third stone wall and briefly paralleling it, the Little Chism Trail ends at a junction with the De Filippi Trail (blazed with white triangles).

Turn right onto the De Filippi Trail and descend to Pfister's Pond. The trail bears left and follows the shoreline of the pond, with portions of the trail routed onto boardwalks. Along the way, you’ll pass a wooden shelter (for day use only) facing the pond. When the De Filippi Trail ends at a junction with a wide gravel road (the Main Trail), turn right and follow the road back to the parking area where the hike began, passing a viewpoint over the pond on the way. 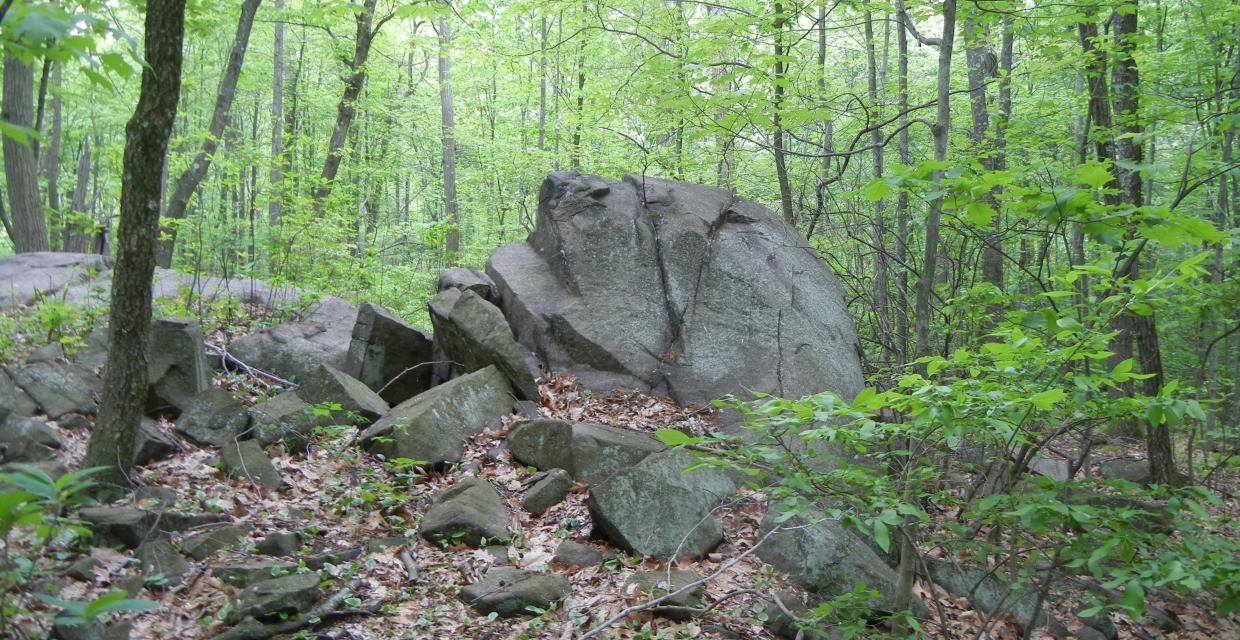 From the parking area, follow the signs to the “Trail Entrance.” You’ll pass in front of the visitor center and reach a table with a donation box. To help support the costs of maintaining the property, non-members are requested to pay a small fee to hike through the nature center property ($2 per person or $10 per family). Beyond the visitor center, follow the trail as it bears right and...

rate experience
November 20, 2013
0
Hard to follow
<p>I was on this trail on 11/16/13 and the diredtions are confusing. In the sixth paragraph it mentions a cairn, there are two to three of them in this part of the trail. In the last paragraph you have to stay to the left, if you go to the right on the boardwalk you end up at a dead end at the northernmost part of the pond.</p>
dtrain1255
June 10, 2012
0
Tenafly Nature Center & Lost Brook Preserve Virtual Tour!
<p>Check out the NJUrbanForest.com's virtual tour of the Tenafly Nature Center &amp; Lost Brook Preserve!</p> <p>http://njurbanforest.com/2012/03/19/tenafly-nature-center-lost-brook-preserve/</p> <p>Plenty of pictures!</p> <p>&nbsp;</p>
njurbanforest
Log in or register to post comments