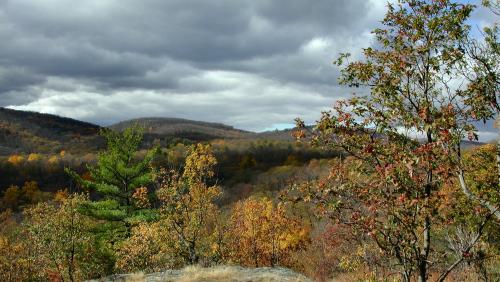 Although this open space funding is constitutionally dedicated to be spent on conservation-related issues, leaders in the New Jersey State Senate and Assembly have introduced an implementation bill that would allocate the money among various open space programs. Bill S969/A780 is sponsored by Senators Smith and Bateman, and Assembly members Andrzejczak, McKeon, Spencer, Pintor Marin, Dancer, Vainieri Huttle, and Land, respectively. The implementation bill is critical to getting vital and necessary funds flowing to successful programs that preserve lands and create parks.

The first version of the implementation bill was passed by both the New Jersey Senate and Assembly, then pocket-vetoed by Governor Chris Christie.

As Bill S969, the open space funding was again approved with strong bipartisan support by the Senate on March 14. Known as Bill A780, the measure was then passed in the Assembly on April 7. Unfortunately, Governor Chris Christie neglected the will of voters and conditionally vetoed the open space legislation on May 23.

Since voters approved the ballot measure in November 2014, the Trail Conference has been working to ensure those funds reach the programs that protect and preserve open space. You can read a first-person account of the lobbying efforts of Trail Conference staff and volunteers on our blog.

The Trail Conference is working to pass the implementation bill

As a member of NJ Keep It Green—the state's largest coalition of conservation and historic preservation organizations—the Trail Conference has been a central part of the efforts to identify and secure a long-term, dedicated source of funding for open space programs. An important part of our mission is acquiring public lands to improve our recreational trail systems. Already this year, we have three purchase agreements, and Green Acres funds are essential for these acquisitions. We continue to work with our partners in Keep It Green to ensure that the funding voters approved in 2014 is allocated in the way they intended.

How you can get involved

We will continue to work with our partners in the NJ Keep It Green coalition to investigate all further options to ensure these constitutionally-dedicated funds reach the programs for which they are intended.

Join us as we work with Keep It Green to get Governor Christie to sign the Bill into law. We’re going to need a lot of support to show the Governor that New Jerseyans are serious about preserving open space. Until the legislation is signed into law, none of the voter-approved money will be invested in critically important preservation work.

We will continue to work on this critical issue until the funding, as authorized by voters, is allocated to the appropriate programs and we hope you will lend us your support!

4/8/2016: The Assembly Appropriations Committee approved A780 on Monday, April 4, which moved the Bill to the full Assembly for a vote on April 7—and we’ve just received word that A780 was approved late last night with strong, bipartisan support! Now the Bill goes to Governor Christie for his signature.

3/31/2016: Implementation Bill A780/S969 is up for a vote in the Assembly Appropriations Committee on Monday, April 4. With your continued support, there is a good chance it will be posted for a full Assembly vote on Thursday, and could be in front of the Governor by the end of next week.

Permalink Submitted by Visitor (not verified) on Fri, 05/27/2016 - 21:12
This is very disappointing and discouraging news.  I did not notice an indication of future activities on the part of NY-NJ Trail Conference to change the conditional veto to a signing.  What's your advice?

Not everyone is disappointed.

Permalink Submitted by Visitor (not verified) on Sat, 05/28/2016 - 14:58
I'm sorry to say that not everyone was disappointed when the bill was vetoed.  The TC and KIG still have not addressed the issue of where the money for this fund comes from, at the expense of the State Parks and other environmental programs NJDEP administers.  The last comment I saw from the TC in late 2014 regarding the issue of stripping funds from other DEP programs just prior to the election question, basically addressed this issue by saying that the TC and/or KIG would "advocate harder" to make sure that money for the parks and these other programs would still receive sufficient funding, after the public question redirected the existing monies to open space activities. To my knowledge and to date, I am not aware of any actions by the TC and KIG to show up at NJDEP budget funding hearings to address this situation.  If I'm wrong, I invite knowledgable people that have addressed this issue firsthand to publically inform the membership as to what the organization has done and will do to address this issue and be accountable.  This matter is part of the un-intended consequences that occurred as a result of the ballot question. The money this organization and KIG will take from DEP Parks goes to help pay saleries for the staff that operate the very parks TC members use and enjoy on a regular basis.  How will the TC explain to the employees that their saleries will now be used for open space purchases and that may require that these employees might now have to be laid off or have less work time to make their living?  Additionally, if the staff are not available to run the parks and keep them open, how will the TC membership feel if the parks are not open for their use because the monies are being used to purchase land they cannot even access? As a state environmental employee that has been a member of the TC for many years this has become a disturbing situation, to pit environmental programs and activities against each other.  I note, from the TC website, that some of the TC's members are state employees that have been honored by the TC for their work and contributions to the organization.  I have to wonder how they feel about seeing their programs at risk or their co-workers livelyhood jepardized because of this situation. I care about open space as much as the next person, living in an over populated state.  The remaining open space left is disappearing way to fast.  I would like to see that more open space is preserved.  But not at the expense of the state parks and other environmental programs that have just as much importance as this program to all of the citizens of the state.