The dream lives on for new generations, thanks to the dedication of thousands of volunteers. 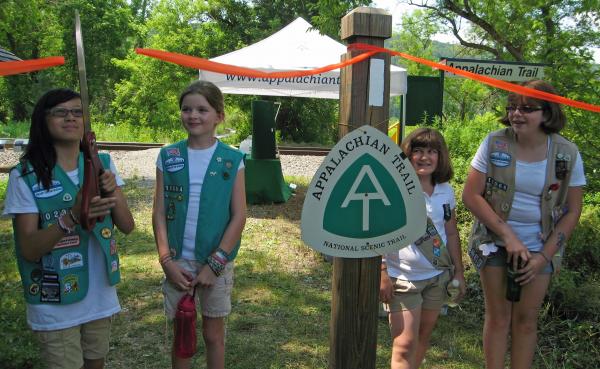 Seventy-five years ago, on August 14, 1937, 16 years after Benton Mackaye conceived the idea of a footpath running along the Appalachian mountains from Maine to Georgia (1921), and 14 years after New York-New Jersey Trail Conference volunteers built the first section of that footpath at Bear Mountain (1923), the Appalachian Trail was first completed.

Since then, according to the Appalachian Trail Conservancy, 99% of the 2,180-mile trail has been relocated or rebuilt, almost entirely through efforts of volunteers.

Today, the AT is a unit of the national park system and is managed under a unique partnership between the public and private sectors that includes, among others, the National Park Service, the USDA Forest Service, an array of state agencies, the Appalachian Trail Conservancy, and 31 local Trail-maintaining clubs, including the New York-New Jersey Trail Conference.

We applaud the countless thousands of dedicated trail lovers who have made and continue to maintain Mackaye's vision an inspiring reality.

Learn more about the AT and its 75 years of history at the Appalachian Trail Conservancy website.