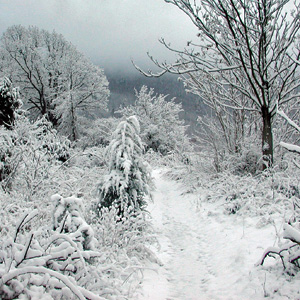 Beck Weathers did not become famous, in the notorious expedition of 1996, for attempting to climb to the summit of the highest mountain in the world, Mount Everest. Dr. Weathers, a physician, gained notoriety for surviving a terrible blizzard on that mountain, one that claimed several lives. The part-time mountaineer suffered hypothermia and frostbite so severe it cost him his entire right hand and much of his left, as well.

Another mountaineer, Alison Hargreaves, described numbness and tingling in her foot after climbing in the Alps during the winter. Ms. Hargreaves required four days in the hospital to treat her frostbite. Her injury was limited to a great toe and did not result in the loss of any part of her foot.

Frostbite is not limited to the Himalayan or Alpine mountain climber. Anyone who ventures outside in below-freezing temperatures for a prolonged period without adequate protection from the cold is susceptible. Fortunately, most instances of frostbite do not result in amputation. A young snowboard instructor, seen by me last winter, developed numbness and tingling of his great toe after teaching on the slopes all day in below-freezing temperatures. Outpatient treatment-including pain medication and local wound care-was sufficient to treat his mild case of frostbite.

Who Is Most Susceptible?
Frostbite refers to injury to the superficial and deep tissues of the body following prolonged cold exposure. Superficial injury to the skin, especially toward the tips of the fingers and toes, will often heal completely. Even after healing, however, the patient will usually have some pain in the frostbitten area when exposed to cold weather.

Injury encompassing a greater portion of the hand or foot and extending to tissues below the skin forecasts a grimmer prognosis. Such an injury may well lead to a partial amputation. Experts estimate, however, that only about 8 percent of patients with frostbite require any type of amputation.

Several factors interact to predispose a hiker or climber to be more susceptible to frostbite. Small children and older, poorly nourished individuals-especially those with poor circulation-are generally more susceptible. Smoking and alcohol use increases one's chances of developing frostbite. Indeed, anyone suffering from exhaustion, poor control of diabetes, or a thyroid condition may have a decreased ability to "warm up" by the body's natural mechanism: shivering.

How Do I Know If I Have Frostbite?
The signs and symptoms of frostbite vary, depending on the severity of the injury. Early signs often include a loss of sensation in the affected area-usually fingers, toes, ears, or nose, or even part or all of a hand or foot. Despite the loss of sensation, frostbite is painful. The skin may blanche in color, or become grayish and take on a firm and hard texture. Severe cases are marked by the loss of function in the affected toes or fingers, or even in an entire arm or leg.

Determining the severity of frostbite can be difficult, since some effects of the injury may occur days, weeks, or even months after the initial exposure. Blistering of the skin usually occurs within days of the injury. The blisters may be clear, indicating a superficial skin injury, or they may be red in color, indicating that the thermal injury extends into the deeper tissues. Reddish blisters indicate a more severe prognosis.

Treatment and Prevention
Frostbite can be prevented by wearing appropriately insulated clothing, gloves, socks, and boots. Maintaining adequate nutrition and hydration are important, as are avoiding smoking and alcohol consumption during periods of exposure to cold. One must also ensure that one's boots are not so tight as to cut off circulation in one's feet, and that wet clothing (especially socks and gloves) is removed as soon as possible.

If one suspects that frostbite has set into one's fingers or toes, there are a few simple rules for treatment in the field. Avoid rubbing the affected part, as it can further damage the tissue. Moreover, do not try to re-warm the affected part until all risk of additional freezing has passed. A cycle of tissue freezing, re-warming and re-freezing can be especially damaging.

Hospital treatment is required for severe and even moderate cases of frostbite. In the hospital, the patient is first evaluated for hypothermia-a drop of the patient's overall body temperature. Next, re-warming of the affected hand, foot, or even the entire patient will be started. This may include warm water baths, specialized blankets, and/or warm intravenous fluids and medication.

Local blisters will be treated, and medication for the pain, which accompanies re-warming the tissues, will be prescribed. Over subsequent weeks or even months, as healthy tissues heal, damaged tissues may require surgical removal or amputation. The effects of frostbite may be minimal, or they may be devastating.

In sum, prevention of frostbite is the best medicine.

Howard E. Friedman, DPM, is a podiatrist and board certified foot surgeon in Suffern, NY, treating hikers and non-hikers.