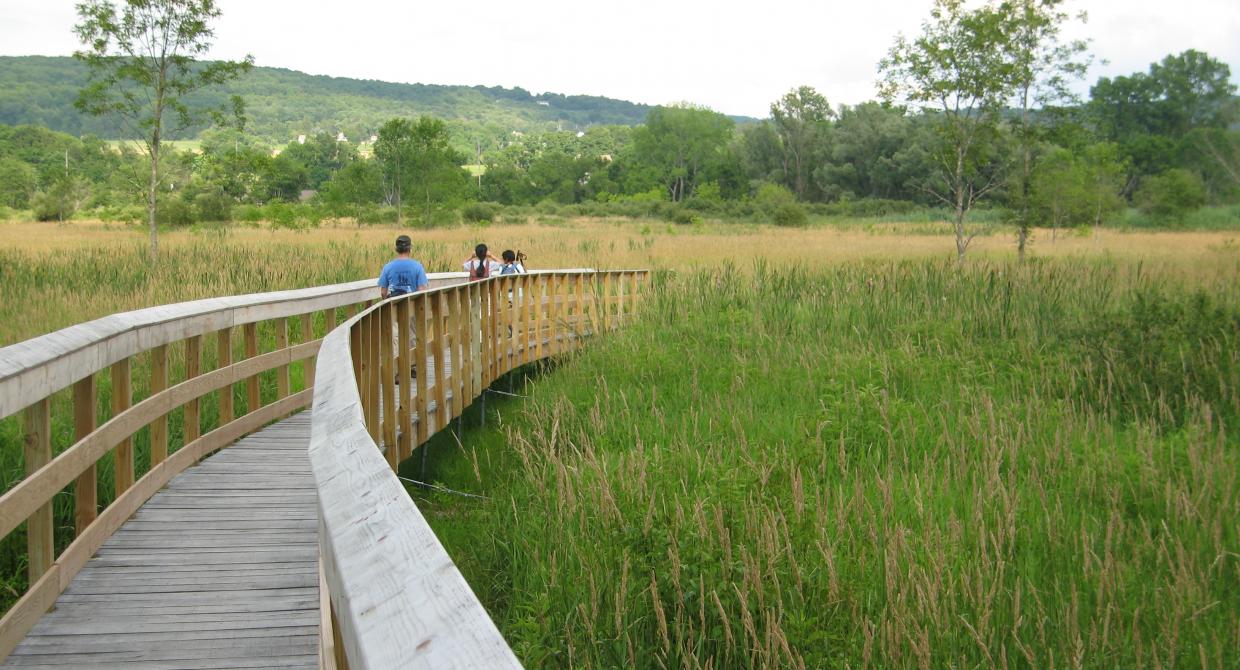 The Harlem Valley Appalachian Trail Community was honored at a special breakfast on May 9 to recognize the winners of the 2017 Dutchess Tourism Awards of Distinction. Dutchess Tourism, Inc. (DTI) celebrated National Travel Rally Day with the announcement of the winners of the 2017 Dutchess Tourism Awards of Distinction. Three finalists in each of seven categories were highlighted at a special breakfast on Tuesday, May 9, at the Franklin D. Roosevelt Presidential Library & Museum.

Winners in each category are in bold:

Finalists were: Bardavon 1869 Opera House and the Richard B. Fisher Center for the Performing Arts at Bard College.

Finalists were: County Players and Jazz in the Valley Festival

Finalists were: Kisha Jones from the Poughkeepsie Grand Hotel & Conference Center and Patty Polmateer from The Culinary Institute of America

The finalists in Outdoors category do a wonderful job of helping visitors experience the beauty the Hudson Valley is known for. Designated an A.T. Community on March 2, 2013, Dover and Pawling joined together to form the Harlem Valley Appalachian Trail Community. Working with the Trail Conference, more than 75 volunteers spent two and a half years constructing the 1,600-foot, oak-decked boardwalk which includes a 34-foot bridge and crosses the length of the A.T. across the Great Swamp in Pawling. This effort has increased local stewardship and expanded sustainable tourism efforts.

National Travel Rally Day is a part of National Tourism week, which runs from May 7–13, 2017. More than 4.5 million people visit Dutchess annually and in 2015, spent an average of $528 million on lodging, food, shopping, and area attractions. Tourism is New York’s fourth largest industry and employs almost 10,000 people within Dutchess County.

According to Dutchess Tourism President & CEO Mary Kay Vrba, “The Awards of Distinction are a way for us to celebrate the excellent work our tourism partners are doing to create a Distinctly Dutchess experience for the millions of visitors that travel to the Hudson Valley every year.”

Following the Awards Breakfast, there was a Brochure Exchange outside the FDR Library & Museum. Almost 100 local tourism representatives exchanged information about their sites in order to gain a greater awareness of all the various activities happening at destinations throughout the county in order to then share that information with tourists.

The Trail Conference won the Dutchess County Outdoors Award of Distinction in 2016.