Bear Mountain Trail Crew: One Step at a Time

Bear Mountain Trail Crew: One Step at a Time 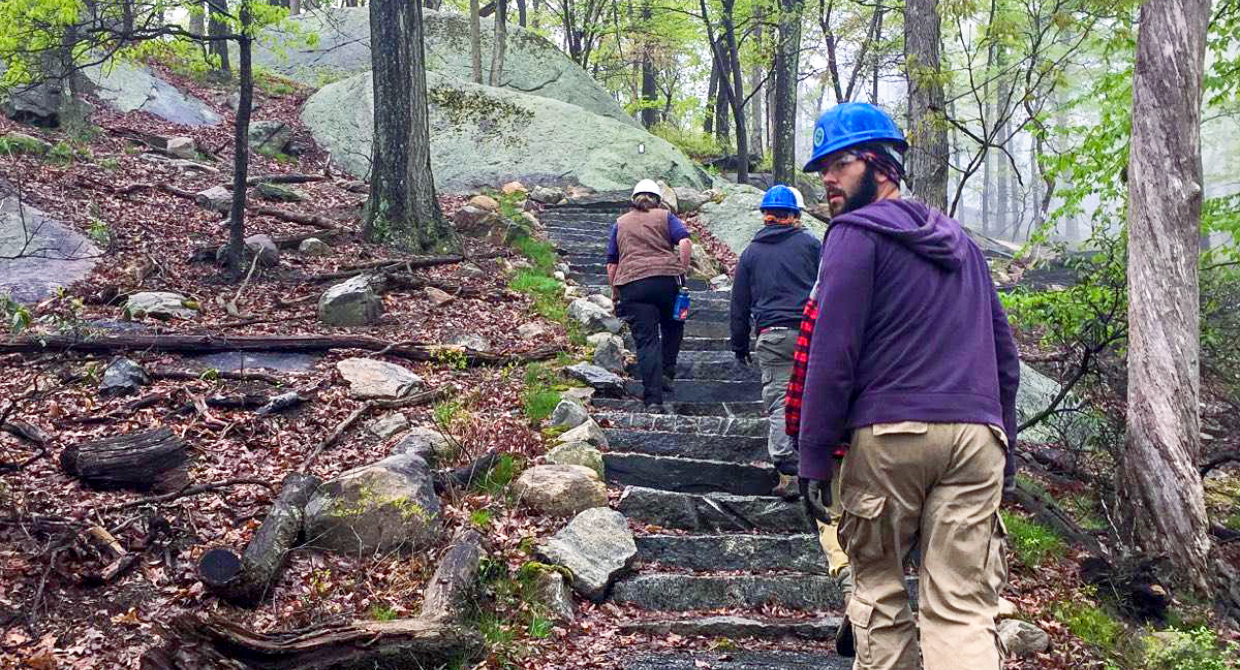 The Bear Mountain Trail Crew started the 2018 season with one goal: Finish the Appalachian Trail.

I have to admit—I wasn’t sure we would be able to complete the project on time. But through a lot of blood, sweat, and wasp stings, we finished the Trail ahead of schedule.

Five Conservation Corps members, including myself, worked on the Trail five days a week from May through October: Michael Girard, Sam Walters, Tori Welch, and Yuliya Semenova were the best crew I could have asked for. Our most dedicated volunteers were Sean Sullivan, Daniel Yu, and Kevin Morales. These guys were out every single week helping us build. Their commitment to the Bear Mountain Trails Project was truly inspiring, and we were so thankful to have them. Everyone worked so hard and really committed themselves to getting this project completed, despite the challenges.

Dealing with the weather felt like a constant struggle. There were quite a few days where the rain was so bad that our entire worksite became a giant mud pit. Even worse than the rain, however, were the hot, humid days. Working at the top of the mountain, there were no trees to shade us from the heat. We were also frequently under attack from wasps.

In terms of building, our biggest challenge was the double crib wall staircase. On that section of Trail, we were only averaging about one stair placed a week. Despite the struggle, the crib wall staircase ended up looking great, and will protect both hikers and the mountain itself for years to come. It was an incredible feeling to finally be finished with the build and open the trail up to the public. We got so much positive feedback from hikers using the new trail! More than 1,300 stone steps were placed on Bear Mountain to make the Trail here sustainable. 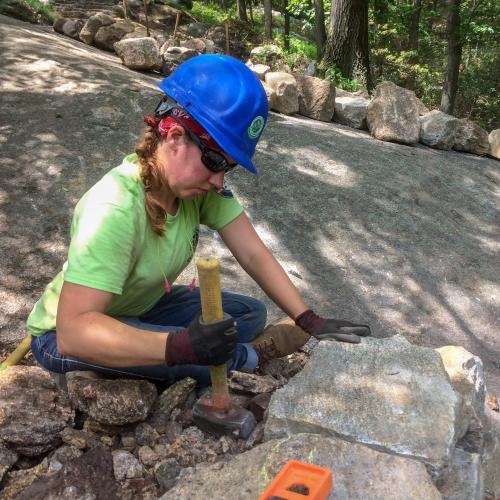 It is hard to put into words what working on the Bear Mountain project has meant to me. When I joined the Corps in 2017, I was frustrated with how my life had been going. I stumbled upon a posting for a trail crew member with the Trail Conference and fell in love with trail work right away. I felt like I was doing meaningful work and was happier than I had been in a long time.

I ended up coming back for a second season on Bear Mountain, this time as crew leader. There was a lot of pressure, as the project absolutely needed to be finished this season. But through it all, the crew persevered with a great attitude. I am thankful for having found something I truly love doing and even more thankful for the amazing people I’ve met along the way through this AmeriCorps program.