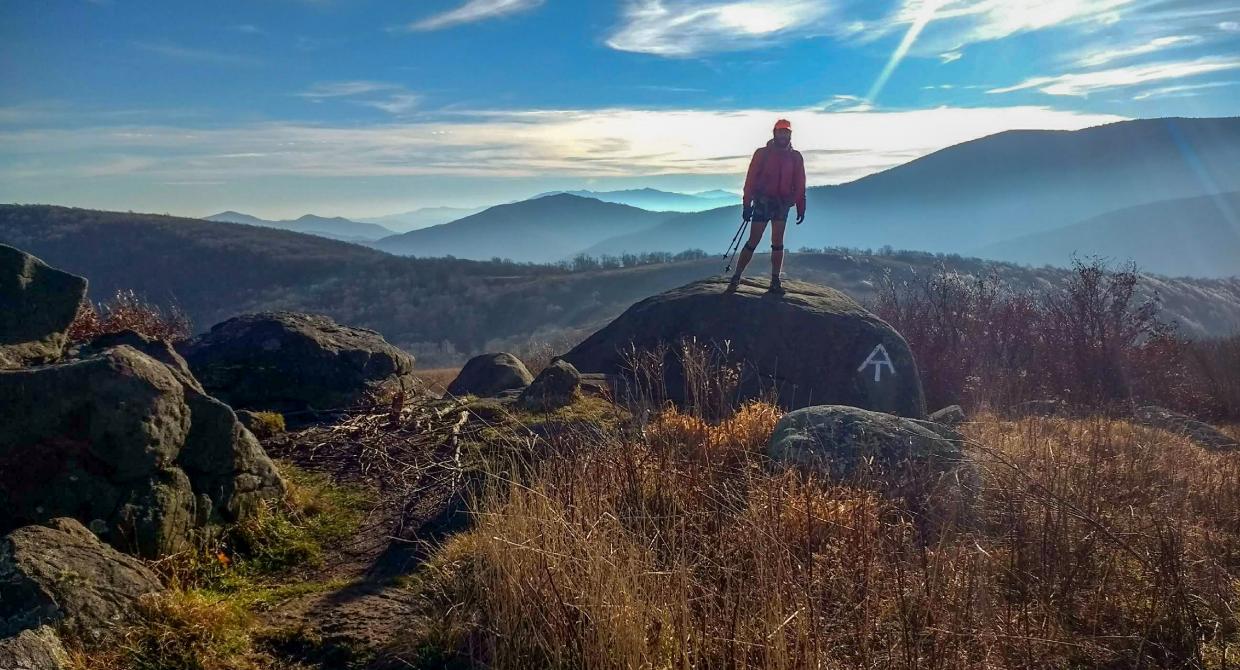 From his 2017 SOBO A.T. thru-hike to joining the Bear Mountain Trail Crew this season, Mike AKA Pineapple shares his experience of what the Trail means to him and the importance of giving back.

Once upon a time, there was a little boy named Mike. He was told that life's happinesses depended on if he did well in school, went to college, and worked hard to save for retirement. Well, Mike did all of these things and still wasn’t happy. About 10 years ago, Mike got into backpacking, which was always his happy place - hiking and camping for 3-4 days a year in the wilderness. But Mike always had to go back to the daily grind and was unhappy again. Mike had heard of the Appalachian Trail, but thought that quitting his job for 6 months was irresponsible. One day, he’d had enough of his job and quit. He decided to hike the Appalachian Trail - Southbound, in 2017, and it was the best decision he ever made.

This is the story of how a little boy named Mike became a Pineapple.

In all seriousness, the Trail taught me so many life lessons that I’m still trying to figure out. I always thought that I would be stuck working in an office for 30 years and end up doing all the things I wanted to do after retirement; but the Trail taught me to just live in the moment, because tomorrow is never guaranteed. I learned that I don’t need a lot of money to be happy, that there are plenty of people out there like me, and to not stress about things, because it will all fall into place sooner or later.

During my thru-hike, so many people told me that what I was doing was amazing. I never realized, until now, that they weren't referring to the physical act of hiking 2,190 miles, but the act of leaving the “real world” for 6 months to do something that I am passionate about. I met so many people who want to do a thru-hike, but can’t because they are tied down or afraid to leave their obligations. So they live the journey through the hikers they meet. 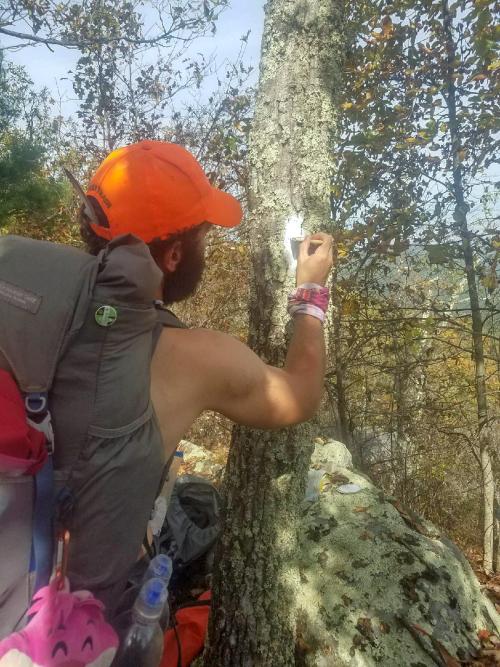 While in Tennessee, I met the legendary trail maintainer Bob Peoples. Bob has devoted countless years to the Appalachian Trail, and was leading a work party the next day. Like all thru-hikers, I wanted to hike on, but felt guilty about not joining him and giving back to the Trail that had given me so much. The Trail had taught me more about myself and the country around me that I felt compelled to do something so that others could appreciate it as much as I did. While in Virginia, I met a trail maintainer who allowed me to paint a white blaze and was so excited by such a small gesture to help the Trail that I was seeking more chances to do it.

As my journey was coming to an end, I heard about this opportunity with AmeriCorps and the Trail Conference Conservation Corps, and thought that it would be the perfect chance to give back. Five months later, it has been the second-most rewarding experience of my life - second only to my thru-hike. It has been amazing to meet so many people who enjoy the Trail as much as I do, and who are immensely grateful of the sacrifice and hard work the crew has put in to complete the Bear Mountain Trails Project. Seeing the Trail change from a scar on the mountain to a well-manicured staircase that will last for years has been awesome.

The Appalachian Trail, to me, is more than just a series of connected trails through 13 states. It’s the people that hike it, the towns that support it, the stories that bring people to it, the trail angels that make a bad day into a good one, and the volunteers and crews that maintain and protect it. These passionate people care for the A.T., our lands, our trails, and each other. Because that’s what trail family does.