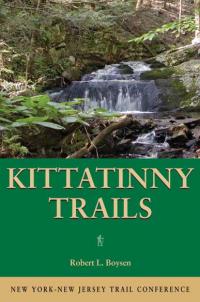 A good place to start is in the High Point Monument parking area. There are views in all directions from the lot. Proceeding northeast along the ridge line, there are multiple views of the Great Valley, especially in winter.

The trail then descends to the north, crossing a small stream over a bridge at 1.1 miles and looping back to the southwest just short of the New York-New Jersey border.

At 1.7 miles from the monument parking area, the Shawangnk Ridge Trail leaves to the right. This trail extends along the Shawangunk Ridge to the Long Path, 30 miles to the north.

Views to the northwest toward Pennsylvania now emerge, until the path again descends to a small stream and to the Steeny Kill Trail on the right at 2.45 miles.

Beyond the stream, crossed on a footbridge, the trail rises steeply on rock steps. The climb is almost 300 feet and the slope about 20 percent, but the stone steps make it relatively easy going.

Next the trail descends about 100 feet to a park road, which it follows for 100 yards before crossing Kuser Road to the shore of Lake Marcia. It follows the northeast shore of the lake for about 200 yards and veers left up the hillside on a very rough trail. It crosses Scenic Drive park road and contacts the Appalachian Trail at 3.1 miles, then veers left to cross another park road before finally ascending to the High Point Monument.

It is about a 250-foot climb from Lake Marcia to the monument done in about 0.3 mile (17% average slope). The Shawangunk Ridge Trail starts where the AT contacts the Monument Trail and is co-aligned with the Monument and Kuser Trails before leaving to the north.

From the monument parking area, all the way to the second stream crossing near the Steeny Kill Trail intersection, the trail is a moderatae to lightly stony woods path.

The climb after the second stream crossing is mostly on rock steps, obviously installed with a great deal of work many years ago (probably by the CCC).

Along Lake Marcia the trail is wider and practially stone free. When the trail veers away from the lake before ascending the final High Point Monument hill, it is extremely rough with many large boulders and is totally stone covered in sections. This part of the trail can be easily avoided, however, simply by walking the park roads back to the monument.

High Point State Park lands were donated by Colonel Anthony and Susie Dryden Kuser in 1923. The highest point in New Jersey is marked by the obelisk-shaped 220-foot-tall monument, the base of which is at 1,803 feet above sea level. Views from the monument and from the area surrounding it are quite spectacular, including the towns of Port Jervis, NY, and Matamoras, PA. The tower construction was completed in 1930.

Lake Marcia is a spring-fed natural lake and has a swimming beach.

The Cedar Swamp area inside the loop of the Monument Trail is preserved as a "natural area." It is timbered with eastern white cedar. A self-guided trail booklet is available from the park headquarters.

There are two steep climbs already mentioned, one just southwest of the Steeny Kill Trail, and a second just prior to the monument itself. Each is about 250 feet with slopes in the 15% to 20% range. All other slopes are quite gradual. From the lowest point on the trail to the highest point at the monument is 350 feet. 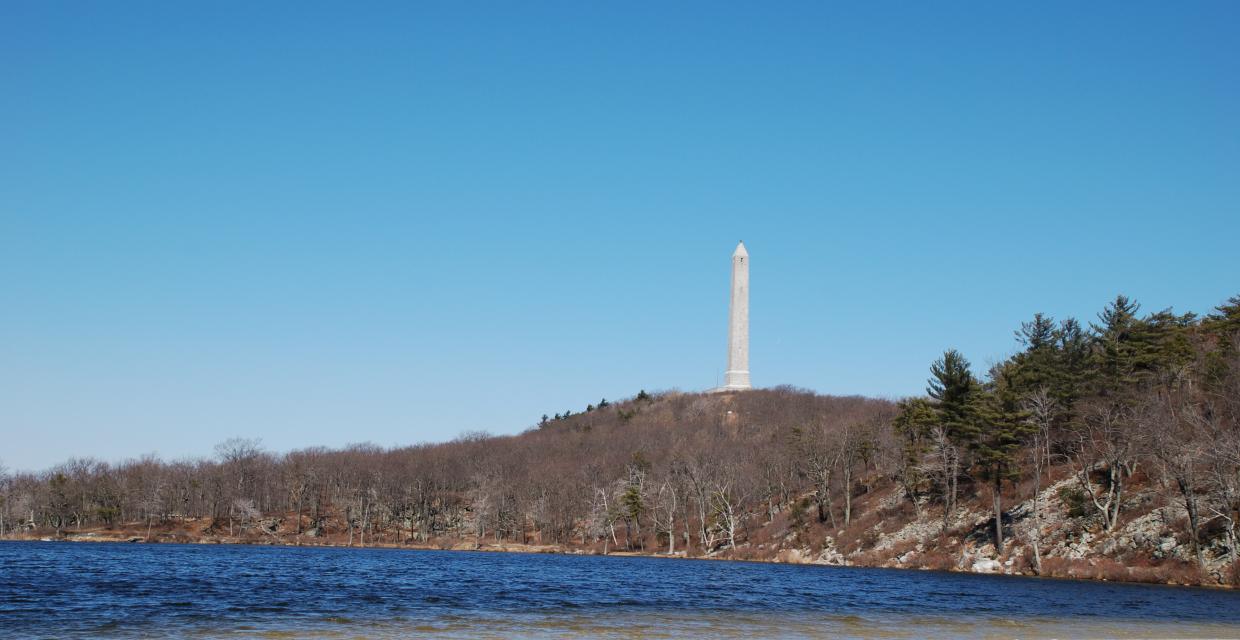 This loop trail touches the High Point obelisk, the New York border and little Lake Marcia, and is among the most popular trails in the Kittatinny range.

rate experience
December 02, 2016
3
Nice view at top...but thats about it
Kind of a let down. You basically are choosing to hike rather than just drive to the top, which is kind of lame. Then, there really isnt much to see along the way, the path has a lot of people, and the top is packed. However, the view is objectively great
wbricker3
Log in or register to post comments