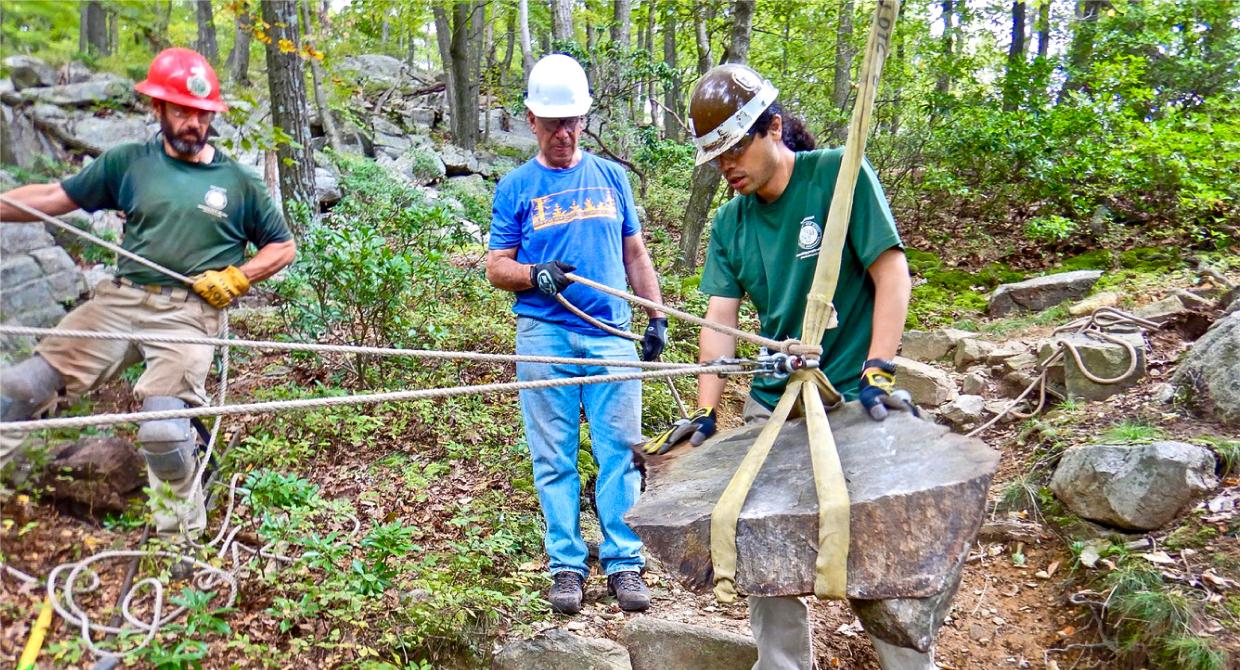 The Long Distance Trails Crew had another successful season making the Appalachian Trail safe and sustainable.

The Long Distance Trails Crew (LDTC) had another exciting and very productive year putting forth a lot of volunteer effort into two Appalachian Trail projects. Starting in March, we completed a rehabilitation and short reroute of the A.T. on West Mountain, a project that we started in 2017. Upon completing that final section, the LDTC has rehabilitated or re-routed the entire A.T. on the west side of West Mountain, work that began in 2013.

In early June, the LDTC undertook the task of rehabilitating the A.T. on the west side of Black Mountain. (The crew completed a substantial A.T. reroute on the east side of the mountain in 2016.) For this project, we are building steps, crib walls, water bars, and other structures to stabilize and make the A.T. sustainable. By November, we had built over 150 steps, hundreds of feet of crib walls, and many waterbars.

Of course, nature is always our biggest challenge—whether it’s the steepness of the hillside, the large rocks we need to find and move, or the abundant amount of rainfall we had to endure this year. Speaking of challenges, either task or weather-related, our crew rises to each and every test with energy and enthusiasm—and the resulting new trail is awesome. I am humbled and amazed that this vast amount of quality work is accomplished by a handful of dedicated volunteers. I want to offer a big thank you to our crew. Well done, everyone.

Read more from the crew at longdistancetrailscrew.org.