After the Storm: Volunteers Respond in NJ

After the Storm: Volunteers Respond in NJ 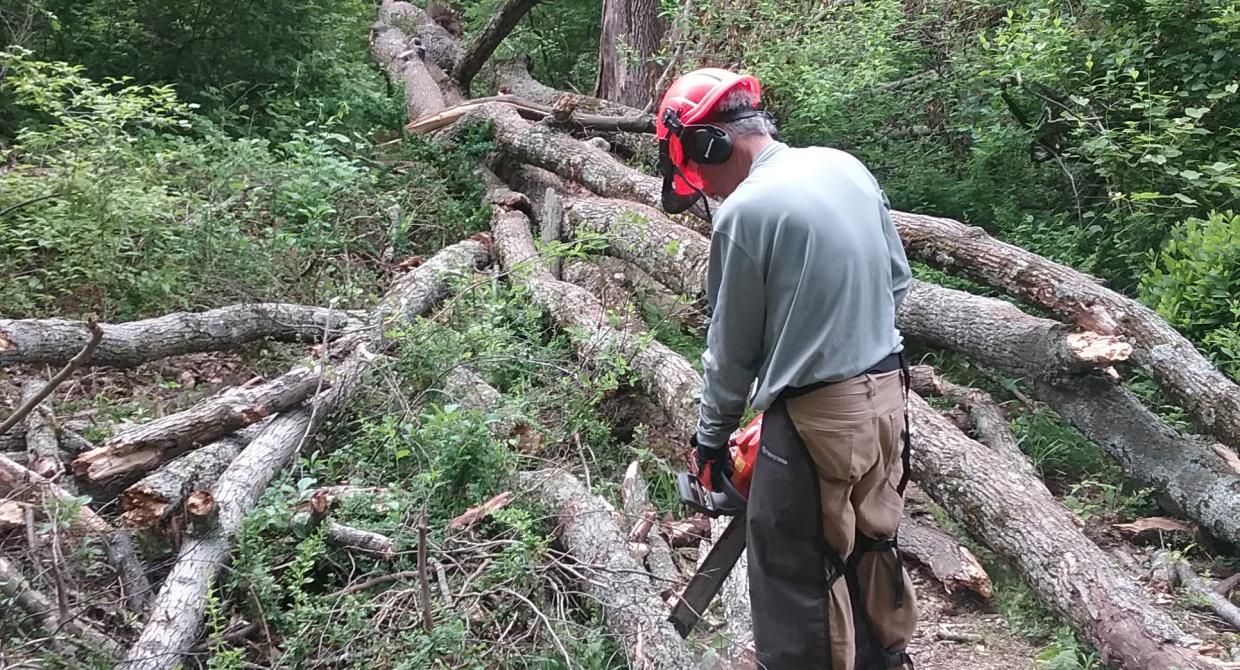 Sawyers in New Jersey are working hard to clear and repair trails temporarily closed or damaged by several remarkably strong storms that hit our parks this spring.

Our sawyers have been “sawing up a storm” throughout our regions of New Jersey. Many areas escaped with only minor impact; others were absolutely devastated. In some cases, our volunteers have had to shove branches and cut logs out of the way simply to get to the locations where they can begin clearing trails.

In Worthington State Forest, our volunteer trails supervisor Mark Kern and sawyer Greg Bernet joined David and Monica Day as two saw teams and began working their way up the Dunnfield Creek Trail valley. Many of the downed trees were mature and large—lots of trees were in the 30-inch range. At the end of May, it was still unknown how much work remained because no one had been able to get through to make a full assessment. The trail’s first three-quarters of a mile was a nearly continuous blockage.

Tillman’s Ravine in Stokes State Forest had dozens of similarly large trees, all pitched down off the sides of the ravine landing headfirst into the stream, totally blocking access. Sawyer Chet Morris worked for days to get basic access opened. The West Jersey Crew and its saw teams worked to clear Tillman’s Ravine and its stream and to rebuild portions of trail tread that had been ripped out by root balls.

Many other sawyers all over our N.J. region have been working hard as well. We haven’t yet received full reports to mention their efforts, but all work is greatly appreciated.