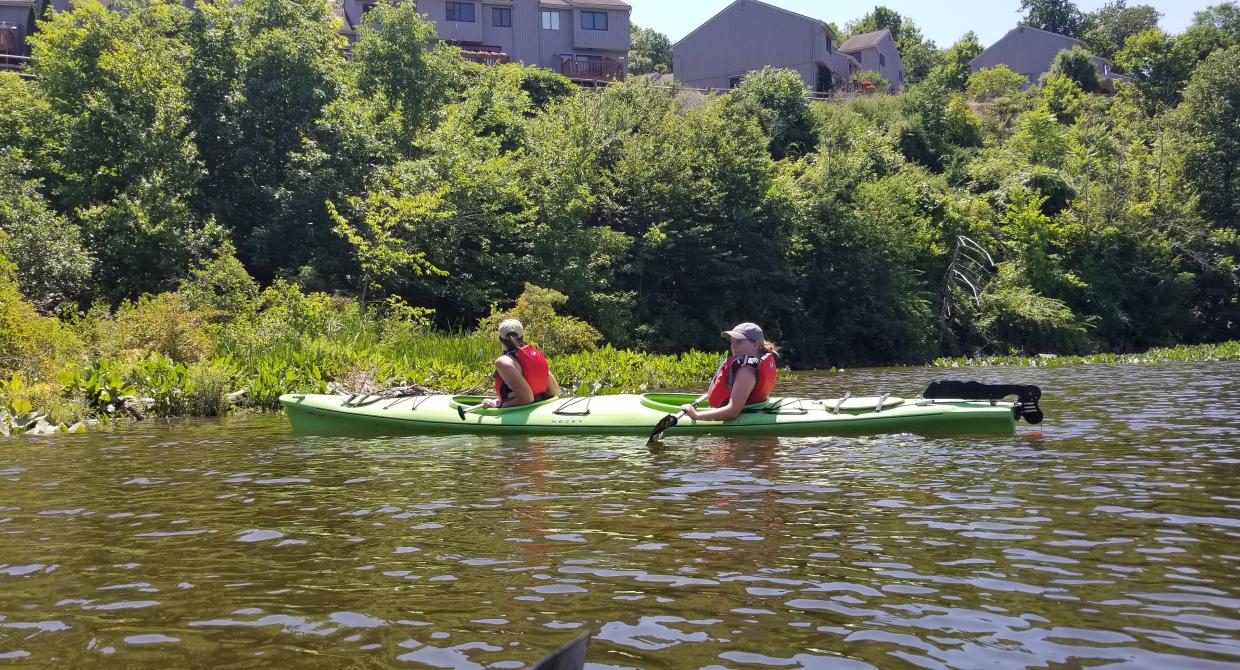 2018 was a successful year for battling invasive species in New York and New Jersey.

The invasives programs at the Trail Conference provided almost 3,200 hours of volunteer surveying, data management, and invasive species removal, as well as nearly 5,000 hours of intern and Conservation Corps work protecting our natural areas. We continued our Invasives Strike Force surveyor program for the eighth year and surveyed 125 miles of trail; our new Blockbuster program provided surveys in 32 blocks each measuring 5-by-5 miles; and volunteers helped check insect traps for southern pine beetle and spotted lanternfly. Our Invasives Strike Force Conservation Corps seasonal crew and ISF trail crew volunteers reached new milestones by removing over 1.5 million invasive plants across the region. This comprehensive attack on invasive species is making great strides and having a real impact.

The 2018 season marked the addition of the Invasives Strike Force Aquatic AmeriCorps seasonal crew in partnership with the Hudson River Sloop Clearwater. The aquatics crew is composed of several components, all geared toward protecting New York’s waterways from the spread of aquatic invasive species. The Watercraft Inspection Steward Program is responsible for educating boaters and anglers about identifying invasive species when they’re out on the water and proper spread prevention, or the Clean, Drain, and Dry protocol. This season, the crew performed over 600 boat inspections and spoke with more than 1,000 recreational users. The aquatics crew also participates in education and outreach events, aquatic vegetation surveys, and invasive plant removals. While there was only one crew member this year, the 2019 season, managed by Teatown Lake Reservation, will boast four crew members and one crew leader, greatly increasing our capacity for outreach, plant removals, and scientific research through aquatic vegetation surveys. The 2019 season will be an incredible opportunity to expand interpersonal communication skills, field work, and data management experience, and be a part of the conservation of our valuable water resources throughout the Lower Hudson region. We also created the Conservation Detection Dog program pairing Joshua Beese, an experienced search and rescue dog handler, with a promising young Labrador retriever named Dia. Dia is being trained to sniff out invasive species, which cause billions of dollars of damage to our forests and economy annually. Our program using conservation dogs is the first of its kind in the Northeast and allows us to catch invaders in the critical early stage of infestation when eradication is the most cost-effective. We partnered with Working Dogs for Conservation in Montana, the premier conservation dog program in the world, to help us train Dia to recognize her first species. The 2019 season will be Josh and Dia’s first year in the field working to find invasive species before they get established.

Want to get involved? Apply for the 2019 Invasives Strike Force crews of the Trail Conference Conservation Corps at nynjtc.org/job-openings or visit nynjtc.org/invasives for more opportunities to make a difference.