As the Long Path heads west and then north, the tall mountains of the Catskills are soon left behind; they become lower and lower until they are mere hills standing above the plain. Much of the trail now parallels the Schoharie Valley, an important route into the Catskills from points north. Early Dutch settlers made their homes here; there are many reminders of their past in the names of the places one passes. A major feature of the area is the reservoir complex maintained by the New York State Power Authority. In addition to hydroelectric power, the Schoharie Reservoir is a member of the great Catskill water reservoirs that supply distant New York City with clean drinking water. 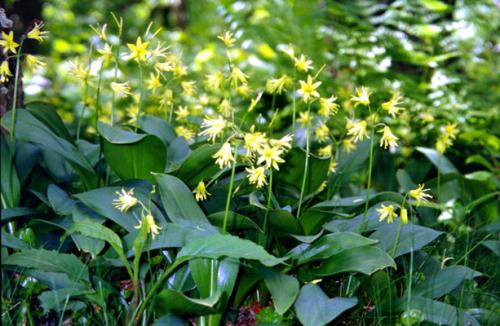 Wildflowers by the trailside. 2001 [ED WALSH]